Building a deck for your summertime bbq's? Outdoor spaces are fun, but if you are going to take the time and expense to install one, make sure it is done properly.

You know the old saying; what you don't know can't hurt you. That logic is completely ludicrous. History is full of unknowns that have sickened or killed countless people because of ignorance. The use of lead and asbestos in buildings is a good example. Using these materials was done out of a lack of knowledge for the eventual consequences. Nothing bad occurred to anyone right away, it often took many years for an illness to manifest itself in an individual.

Let me take this in a slightly different direction. As a home inspector one of the most common added structures I see to a home is a deck. They are by far one of the most incorrectly built structures I find. Why? Because I believe most everyone assumes it is an easy structure to build. That includes professionals as well as homeowners. I recently found a deck, actually two decks, and an addition with several serious structural flaws. In the picture at right is a deck attached to an elevated addition or more accurately an enclosed deck.

The yellow arrow is showing where a joist hanger would be expected to be installed. Not one was found along the entire length of this ledger. The joists instead were toe nailed to the board. This method does not prevent lateral withdrawal and is not a strong attachment.

The pink arrows indicate missing brackets for the support pier. Piers must be attached to the structure in such a way as to prevent lateral and vertical movement. The pier next to this one was beginning to defect at the base toward the addition.

The ledger board for the deck was attached to the addition structure with nails only. Ledgers should be attached to a structure using large bolts. Nails will rust and eventually fail.

There were several other issues found with these two structures, but for the sake of brevity I will save those for another blog.

Whether these errors were made out of ignorance, cheapness, laziness or a combination of all three is impossible to say. In fact some of these "errors" may have been acceptable building practices at the time of construction. There are many variables as to why to be entertained.

The bottom line is these two structures are unsafely built and some are beginning to fail. They require repair now, not later.

As simple as decks seem, there is much more to building a safe and lasting structure than there appears on the surface. A resource for good deck building practices and information can be found on the Simpson Strong Tie web site.

So you see what I don't know can very certainly hurt you.

To find out more about our other high tech services click on the links below:

If you would like a few tips on getting the most out of ActiveRain, just click search and type in "Welcome to Activerain by Troy Trumm". The first link returned will take you to my blog about getting started. It has a few simple steps of what to do now that you have joined.

Welcome to Active Rain and congrats on your first posts.  Be sure to spend some time looking around at what and how others are blogging here - it is a great education and lots of fun.  Looks like you're off to a great start...keep it up! 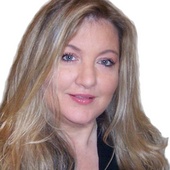