Amid rising U.S. foreclosure filings, U.S. government officials Thursday announced plans to broaden their efforts to help troubled homeowners and further ease the housing crisis. Officials announced two new programs: one aimed at giving mortgage servicers incentives to relocate troubled homeowners to a home they can afford, and another that will provide lenders incentives to modify loans in areas where home price declines have been severe.

Under the new program administration officials unveiled Thursday to help provide foreclosure alternatives, Treasury plans to encourage servicers to consider a short sale or deed-in-lieu if a borrowers doesn't meet the eligibility requirements under the government's plan to encourage.

In a short-sale, a servicer would allow the borrower to sell the property at its current value. With a deed-in-lieu, the borrower would be able to voluntarily transfer ownership of the property to the servicer. Treasury said mortgage servicers have generally opted to pursue foreclosures instead of these two complex transactions even in cases where a short sale or deed-in-lieu would be a better outcome for borrowers, investors and communities.

As part of the new efforts to protect against falling home prices, the government will make payments of up to $10 billion to encourage lenders, servicers and investors to modify rather than foreclose. The goal is to boost the number of loan modifications in areas of the country that have seen prices plummet drastically.

The Treasury Secretary Timothy Geithner and Housing and Urban Development Secretary Shaun Donovan provided an the update on their housing efforts today in a news conference.

This is going to increase the need for a professional Short Sale expert. If your serious about your career look into the CDPE designation (http://www.cdpenow.com/).

In my office I already have 40% of my agents who have earned this designation. As a REO BROKER, I burn the candle on both sides....Pre-foreclosure and Post-foreclosure (REO). This is why our office is doing well. We are focused on what is happening in the market now. I would encourage you to do the same. 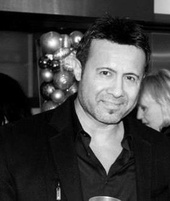 almost 12 years ago
bookmark_borderbookmark
The Real Estate Agent for 2010..."What to do?"
View more Recent Posts   arrow_forwards