Still sitting majestically on the Esplanade (originally Ocean Front Avenue) facing the sea, are three historical Capitola duplexes known as the "Six Sisters." These testaments to grander times were constructed around the turn of the 20th Century (circa 1900), designed by architect Edward Van Cleeck, who also designed the beachfront Capitola Hotel (long gone, a victim of fire), the bathhouse, a theater, and other miscellaneous buildings in Capitola. The Sisters were owned by Capitola developer Frederick Hihn or his heirs until 1919 when H. Allen Rispin purchased the entire development of Capitola. It is believed Rispin sold off the Six Sisters in the 1920's. The property in front of the Sisters once included railway tracks for the electric train that ran from Santa Cruz to Capitola. The Sisters face the beautiful Capitola, California beachfront. (Information courtesy of Carolyn Swift, Capitola Museum of History, 2007.) 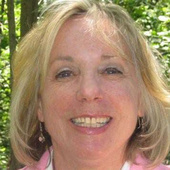 almost 12 years ago
bookmark_borderbookmark
Burnt Out! It Was Bound to Happen!
View more Recent Posts   arrow_forwards