Olympic gymnast Shaun Johnson won the Dancing with the Stars trophy last night. So what ? Here is what

Shaun is 17 and the youngest competitor to win. She is not a long legged model. She is a strong gymnast. So for her this did not come easy. She did not have a dancers build for sure. Nor was she very comfortable with her male partner at first. But what she did was show that a young lady who does not have a dancers body or training could overcome obstacles with hard work. She also showed that all the touching etc that was going on in the dancing was something that was part of the job and was something she would have to deal with to win. In a very quiet understated way she showed courage and a work ethic that made her the winner. That's What. And that is the lesson

Along the way she missed her prom and again was training for something rather than being a kid. The great big prize was a mirror ball trophy. No money , no contracts. Just a trophy that says I can , I will , and I did. I learned from watching her and was really happy when she won. Use her work ethic, have her can do attitude, and you will be tremendously successful.

Groups:
Almost Anything Goes
Inspiration !!
Dedicated Bloggers
Nothing but the Positive
"Whacked"!!!

I just say the news on Yahoo. Hard work and persistence will pay off in the end. Great example

Gymnasts are very hard working athletes.  They usually succed at whatever they want. 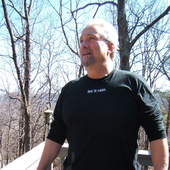