A record 342,038 U.S. foreclosure filings, default notices, auction sale notices, and bank repossessions were reported for the month of April according to RealtyTrac, the leading on-line marketplace for foreclosures.   This report comes right on the heels of March's record number.  The report further shows that 1 in every 345 U.S. housing units received a foreclosure filing in April.  RealtyTrac says that this is the highest number of filings since they began reporting in January of 2005.

The States leading the foreclosure charge are Nevada, Florida, and California in that order.   Nevada boasts that  1 in every 68 housing units received a foreclosure filing in April, while Florida comes in at 1 in every 135 units and California at 1 in every 138 units.   While Nevada residents might be rejoicing that they saw an 18% decrease from last month NV foreclosures are still at  a 111% increase from April 2008.   Meanwhile, Florida got smeared with a 37% month over month rise and a 75% rise over April of 2008.    California might be seeing some stability return with a 10% decrease in April and only a 42% increase over April 2008.

What does all of this mean for the market?    As they say on Groundhog Day, six more weeks of winter.   In recent month's as much as 50% of home sales nationally have been from distressed proerties.  We will see this trend continue and housing prices will continue to fall for 2009.  Banks that were slow in the foreclosure process, waiting to see where all of the current legislation and stimulus plans fell into place, are coming off the fence and moving forward aggressively with the foreclosure process.   We will see this trend continue through 2009 and the current sharp spike in foreclosure volume will continue through the next quarter or two at minimum as banks become more aggressive to "clean" their balance sheets and prepare to start anew on the other side of the current recession.

Thank you for your informative post. Mind you, it makes me want to get up and play in traffic.....still, it's important info to have and very useful when trying to convince sellers that "delusional pricing" is not the way to go if they want to sell their home in this market.

Tom, I believe those numbers.  My client has been looking at HUD homes and the number of homes in Indiana compared to other states for the HMBIweb site were significantly higher.  Almost every property I've shown my clients lately seem to be bank or HUD owned...  I hope we see a slow down soon.

You are right about the traffic thing :)   Information and education will be what gets successful agents through this market.   I will keep doing my part to provide that from my side of the business which is very analytical with this data.  As they say, the numbers don't lie :)  Thanks for the comment.

That is not surpirising at all.   We have seen the number of REO properties in banks insurance portfolios double and in some cases even triple since the beginning of the year.    Thanks for reading.

Very informative post, Tom!  And I totally agree with Coleen!

Thanks for reading and have a great week :) 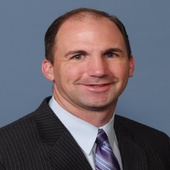 Curious About The National Debt??