She only did it to pass lead inspection, who cares about safety??

I couldn't believe what I was hearing the other day when I went to inspect this house.

As the owner of the property lives out of state I spoke with her on the telephone. I asked what the reasoning was behind making all the windows in the house un-operable.

Her response to me was shocking!

This lady explained the reason she sealed all the windows, and made it so they were un-operable was to pass and receive a lead certification. I explained to her due to the fact she did this only put her now in a fire/safety violation.

Her response was icing on the cake!

She stated... "I know what I have done and if there was a fire in the house and someone was trapped they could just break the window, they do not need to open it. Its just glass"

To top things off.... I asked her if the realtor she hired was aware of this.... she stated "in deed and was told it is ok... that house will sell because the kitchen is beautiful"!

I told her (of course in a nice sweet way) that I have no idea who her realtor is... but I have never heard ANY realtor or any other person that sells houses EVER state such things.... All I can say is "WOW!"  There will always be people out there that think they can operate above the rules & if no one ever challenges them they will continue to do so.  I hope you reported her since she's in violation of fire safety!

Nikki do houses in your area have to pass some sort of lead test?  Any house prior to the early 70's is going to have some amount of lead paint in it-----seems like it would just come with the territory when buying these homes.  I would take egress over lead safety any day.

Charles,  I agree and also choose egress over lead safety!!!!Before this lady decided to put her house on the market she was going use it as a "Rental".

In the state of Maryland residential rental properties built before 1950 are required to be registered and renewed annually with Maryland Department of the Environment's Lead Poisoning Prevention Program.

Residential rental properties built between 1950 and 1978 have a choice of participating.

So to pass her lead inspection she choose to seal her windows so the lead inspector could not open them to see all the peeling chipping paint with in.

I inspected the property a day before she decided not to put it up for rent but rather try and sell it.

Mike -  When I wrote the report up for the "Property Manager" I told him about her violation and he has taken action on that.   Of course he isn't the property manager anymore because she has decided to sell her house... I just hope the realtor that was hired figures out that she too is not correct in telling this lady that it is ok to seal ALL her windows shut!

At least she was honest....sort of.....   My grandfather told me that they used to eat lead paint for years when they were kids to get a high.  He said they never got high but pretended to.   He lived until he was 86....not related to lead paint.

Nikki, you run into all kinds.  Don't you wonder what would happen if the renter took the screws out.

I would assume this house was inspected and found to have lead paint. So this owner knowingly has an un-abated lead issue and created a fire safety issue to "abate" the lead issue. Amazing logic!

When you deal with the public, you meet all kinds of people.  Putting aside the lead issue for a moment, a property that does not meet local fire safety codes would get a "subject to" appraisal.

Its amazing what you can find people doing out there. This is definetly a new one. 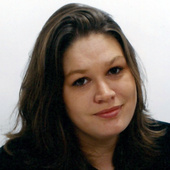