Ft. Detrick, located in the historic civil war town of Frederick Maryland in the heart of Frederick County, is encircled by today's Shookstown Rd. and Opposumtown Pike. Established in 1929 as Camp Detrick after Detrick field, the post today spans almost 1300 acres. "Camp" Detrick was designated a permanent installation for peacetime biological research and development shortly after World War II, but that status was not solidified until 1956, when it became Fort Detrick. Ft. Detrick has been an important part of the Frederick community for 53 years and contributes greatly to the economy and personality of the area.

As the largest employer in Frederick county, Ft. Detrick plays a leading role in the world of biomedical and communications technology. It's primary focus has been as an Army Medical Installation, and houses the United States Army Medical Research and Material Command (USAMRMC) the National Cancer Institute (NCI-Frederick) and 37 other mission partners. Other larger employers in the area are the Frederick Memorial Health Care system, Bechtel Corp., and Wells Fargo Home Mortgage. As a whole, Fort Detrick activities contributed more than $260 million into the county economy in 1993 and have continued to contribute even more.

Today's Ft. Detrick more closely resembles a thriving corporate campus with a diverse product line such as world-wide communications, military support, medical research and bio-defense activities. The communications unit stationed here provides support to Camp David, the Presidential Retreat. It is much like a small town or city working to keep its residents and businesses satisfied while trying to attract new businesses to this community. Ft. Detrick's bio-defense program looks to add hundreds if not thousands of new jobs to the area. Ft. Detrick, much like the city of Frederick just outside the fence, is planning for a strong future. Ft. Detrick has added a new gym, commissary and PX to improve the quality of life for soldiers joining the community, as well as adding to and upgrading the living quarters of it's soldiers. Locally, the post is less than 2 miles from Baker Park with it's little league & softball fields, lake, walking trails and bandshell. Downtown Frederick offers antique shops, restaurants, pubs and the lovely new Carroll Creek area. It is Conveniently centered between the scenic Catoctin mountains, (home to the Presidential retreat Camp David) and Gambril State park, not to mention the Nations Capitol, Baltimore's scenic Inner Harbor, and Gettysburg for the history buffs. The post and city of Frederick offer incoming soldiers a small town feel in the midst of a growing and expanding community.

Real estate in Frederick County, like much of the country experienced considerable growth and double digit price increases between 2001-2005. Since then, although prices have retreated somewhat, the real estate market as a whole in Frederick should still see some limited growth in the upcoming years. I relocated to Frederick when my Army husband was stationed at Camp David in the early 80's. I Have been selling real estate in the area since the early 90's, and have personally experienced the changes, and have first hand knowledge of the area from both a personal and business perspective which I am happy to share.

There are several main neighborhoods that surround Ft. Detrick, beginning with College and Villa Estates just outside the main gate which consist of mostly brick ranchers ,and cape cod style homes built from the 40's into the 60's. Many have been updated with central air, finished basements and offer affordable single family living in the 300's and a little under.

Clover Hill 1 and 3, Old Farm & Whittier are located on the Rosemont Ave. side of Ft. Detrick and there is a back gate open mornings and afternoons to accommodate the incoming and outgoing traffic from the post. Clover Hill was the first sub-division built by Frederick Custom builder Ausherman Homes, (Now Drees homes). It consists of homes built in the 60's, a lot of ranchers and split levels, and most offer larger lots with a lot of mature landscaping thru-out the neighborhood. Clover Hill 2 sprung up between Rosemont Ave. and Opposumtown Pike in the 70's and 80's while Clover Hill 3 and Whittier, built mainly in the 90's offered new more expensive estate homes on smaller lots. Homes in this area are in the 500's and up. Whittier has continued its expansion and offers an elementary school in the middle of the community, 3 pools, a lake and a lakeside series of small shops and restaurants. There are also condo's, town homes and an assisted living home offering a wide choice of housing to suit the needs of almost everyone.

Regardless of the price range, there are many homes and types of housing available to incoming Military personnel, as well as a wide array of rental housing outside of the post for those who do not wish to reside in Military quarters.

Since property values have increased greatly, (in some cases doubled in just a few years) most Military Owners who are facing a PCS should fare reasonably well, however the past year has seen a modest correction of about 5 to maybe 10% less than 2005-2006. For those who purchased during in 2004 or 2005, it may make sense to rent their property for a year or more, giving the homes value a chance to jump back.

Frederick is proud to have Fort Detrick within it's city limits, and we welcome the men and women of the Military to our community. Like Ft. Detrick, Frederick is growing at a fast pace, and it is a GREAT place to live! We hope they will find it an enjoyable place to live and possibly even retire! 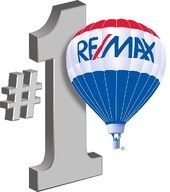 Ft. Detrick was established in 1929 as Camp Detrick and spans almost 1300 acres between Shookstown Rd. and Oppossumtown Pike. It has been an important part of Frederick's economy for 53 years