By now most have read the alleged story of a Texas Tech economics professor who did an experiment with his class and ended up failing them all because no one wanted to work for a high grade and thus proving Socialism doesn't work.  Leaving aside the criticisms of that (urban) legendary bit, here's a 'rebuttal' that I came across.

Note:  I find both pieces to be flawed, but I couldn't help laughing as I read this so I am sharing.

An economics professor at Berkely said he had rarely failed a single student, but had once had a class in which most people passed but few learned anything.

The class (students) insisted that capitalism worked since everyone would be motivated to work hard be rich, and a rising level of wealth would benefit everyone . The professor then said, "OK, we will have an experiment in this class on capitalism."

"All grades will be competed for and everyone will work against each other to earn the highest grade."

As the second essay rolled around, most of the students who had studied hard studied less in order to take on part-time jobs and buy quality essays. Some of the very brightest studied even harder to try and beat the quality of the purchased essays. The ones who had bought their essays in the first place didn’t study at all and got their parents to pay for even better essays to ensure they stayed ahead of the game. Three students who did study hard dropped out of the class altogether in order to write essays on commission for the wealthy students. The cost of essays rose and the number of students who could afford quality essays was low. Only a few people got an A and most got C’s

The richer students who didn’t care about their education were happy. The smart students were unhappy and exhausted from study and/or part-time work. Whether they studied or not they got consistently lower marks. The average students had dropped out to service the wealthier students’ demand for extremely high quality essays – which they could produce by working in teams.

By the time the marks were in for the third essay it was clear that the wealthier students had all the high marks while the best and brightest of the smart students could barely manage C’s The cut throat competition resulted in hard feelings massive distrust particularly between the students that produced their own work and those that relied on the work of others that they purchased.

In the end the smart students did poorly. The rich students did well and those who dropped out made money . The professor told them that capitalism would ultimately fail because competition means that people work against each other using whatever means necessary. This leads to some perceived benefits but ultimately bankrupts everybody.

Mike - The and those who dropped out made money were probably to one selling the essays to Tchaka's rich students.  And that is Capitalism at its fineness - A person finding what other people need and filling that need.

I think that I may have had that econ Prof at one time in my college career.

It's even funnier that people will argue about a joke.  : )

Of course Paris Hilton is not lazy Terry!  lol  She works hard to stay in the tabloids.

Terry: Paris Hilton is on her back most of the time. I would call that lazy. :P

I love the way Terry defaults to Paris Hilton to represent wealth...  Less that 1 in 4 wealthy people inherited a large portion of their wealth.  We also know that the third generation of a business is the failure generation... Simply put, doctors, lawyers, plumbers and others who go to work every day are much more likely millionaires than heiresses that sit on their butts and vote for Barack Obama...  But oddly, people that don't really work hard for their money, like actors and musicians, are more likely to vote for socialists.

Mike - As soon as I read the paragraph about the first essay I knew where this bit was going and I didn't bother with an in-depth analysis, I merely enjoyed it for the fun factor.

Brian - See, you benefitted from this piece as well!  :-D

Kevin - Aren't you originally from Northern California?  Very well could be your teacher.  Hehehehe.

Eeek Terry - I promised myself I wouldn't say that name for all of 2008 (I succeeded) because I didn't buy into the hype.  Chris and Scott have differing ideas on her 'laziness'.....and both very funny.

Bettina - Glad you enjoyed it!

Chris - LOL!!! You're absolutely correct....I posted it for the humor factor and didn't anticipate on anyone really taking it seriously.  The gift that keeps on giving.

Lane - Again, you miss the point (hint: read Chris).  But I'd like to thank you for extending my laughter - it's the best medicine.

I could be completely wrong, but you may have to start writing humorous posts like "Kidnapped?" if you would like to generate a few chuckles around here...just a suggestion.

Thanks Michelle, I utilized your suggestion.  ;-)

Tchaka, interesting how Lane defended Paris Hilton.  Apparently he thinks keeping in the tabloids is hard work.  I wonder if she ever like, made her bed or anything that remotely resembles work?

Tchaka- Yeah northen Cal. Never was good enough for Cal Berkeley though- academics or sports. Had to settle for Cal State.

Terry, perhaps you can show me where I defended Paris Hilton in my comment...  But probably not.

Now, that's funny. Terry, if you find out that Bill Gates does not make his bed, would it mean that he is a lazybone?

This is the funniest definition of work.

Curious if Obama makes his bed. Doubt it very much. But he stays in the media. Is he a lazybone?

Why does this have to be about Obama?

It is not. If Bush would be in White House, it would be Bush. Just curious how the sitting President can be called a lazybone if he does not make the bed, that's all. Terry's is a strange definition of work IMO.

On the other hand, why not? Why Bill Gates did not catch your attention, and Obama did? By the same token, why does this have to be about Bill Gates?

And what happened to my comment(s) that this is for humor only?

I do not know what happened. Maybe there was not enough humor to run to the end of the comments and it all dried somewhere a few comments above this one?

Or comenting is like a winding road and you never know where it takes you?

I ran into your April comment about Moscow. Left a long-winded comment, you stepped on my toe, unintentionally 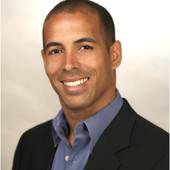