Well, it's been an interesting year and a half; to say the least. Here in Orlando we've been hit hard with a large number of foreclosures, which have kept our inventory hovering up around 25,000 listings for just a little over a year now.

All along I've been telling clients that when we start to see inventory drop it might be an indication that things are getting better in the housing market. Could that time be now? Market reports from our Realtor Association have now reported the first significant decline for the first time in well over a year and a half. We have gone from 24,408 listings in Nov 2008 to 20,194 in April 2009. We haven't been this low since Dec 2006!

New contracts hit a three year high of 3415 in April of this year.

So for all of us that have, thus far, weathered the storm, there seems to be some signs of hope out there. However don't pull your sails in just yet. Along with predictions of high inflation headed our way, higher interest rates are sure to follow. This may just be a brief break in the clouds with the second storm coming right behind.  I, for one, am trying to make the best of what may only be a blip on the screen until I am sure I can see land! 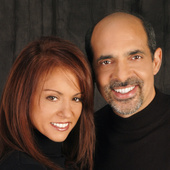 over 12 years ago
bookmark_border
What Good is Your Marketing Efforts if Your Photog ...
View more Recent Posts   arrow_forwards