I was thinking today about the differences between myself and my husband and how we both make decisions.  He is an engineer and he over-analyzes things way too much. He can only make a decision about something after researching all angles - every cost vs. benefit factoid known to man that can go into making a decision.  My stepson - also an engineer - is looking for a home and he just lost out on the one he really wanted because he didn't act fast enough.  He was too busy taking pictures of the neighborhood...doing research...weighing all the pros and cons.  The home went into contract last night - without him!!

Me, on the other hand, being a visual artist - I tend to trust my eyes, my heart and my gut when I make a decision. When it comes to real estate - I believe there are a whole lot of people like myself making buying decisions heavily based on emotional reactions.

This got me thinking also about the 1960 Presidential debate between Kennedy and Nixon.  I was just a little kid then - but I remember my mother, a staunch Democrat, telling me why Kennedy won the election.  During the debate, Kennedy looked great, he was well-spoken, calm, and self assured.  Nixon was a sweaty mess - even though he spoke well and had good ideas.  Kennedy won the debate among the TV viewers because he was visually and emotionally appealing.  The radio listeners, however, thought that Nixon won the debate. This TV debate was key: Kennedy removed any objections the voters might have had during that debate and Nixon increased the fear among voters that going with him might be the wrong decision.

So...how well are you increasing the visual and emotional appeal of your properties?...How are you removing the objections prospective buyers might have?  How are you allaying their fears and bolstering their propensities to feel positive about the property so that they will make an offer...sooner rather than later? Whenever possible, always try to ramp up the visual and emotional aspects of a home - someone like me may be the prospective buyer!!

Those are super tips and the seller must fully cooperate in that effort. Who wouldn't so as to get it sold...and quickly?

Hi Linda, Wow this was such an informative blog! even though I wasn't even born during that time, great history lesson thanks.

I saw your headline and couldn't resist!  I take it this is a before and after!  Great job! 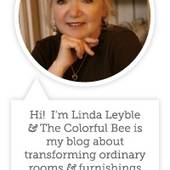 My blog will detail home staging strategies, ideas and advice for realtors and consumers as well. It will focus on creating an atmosphere in a home - rather than just making a home look pretty. Creating an emotional "tug" at the heartstrings of a potential buyer is just as important a strategy in the decision-making process as prudent pricing. The tips and ideas will be cost-effective - and user friendly.