The Florida Association of Realtors has just released the April Single-Family Resale Sales report.  The Tallahassee Metro Area (TMA includes Leon, Wakulla, Franklin, Jefferson, and Gadsden counties) reported a decrease of 28% of number or sales compared to April 2008.  While this may sound bad, the January and February decreases were close to 40% and last April had a 29% decrease compared to 2007.  The worse number of sales decrease in the State was Gainesville Metro Area with a 40% decrease.  On the other hand, TMA had the best Median Sales Price comparison in the entire State with a decrease of 4% followed by Gainesville and Pensacola's 9% decrease.  Our median sales price in April was $182,000 and the State's average price was $138,500.  The Tallahassee Metro Area median sales price is higher than that of the National average of $170,200 and a lot higher than the State's over-all average.  Our values are continuing to hold better than most parts of the State. 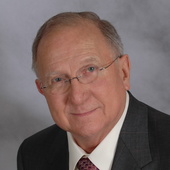 Home Buying over 11 years ago
bookmark_borderbookmark
IS NOW THE TIME TO BUY A HOME?
View more Recent Posts   arrow_forwards