...and as a matter of some confidence in the environment, the growth surpassed the sales figures of May 2008 sales too.

After a lot months with negative news, May brought some positive cheer to the market in the GTA. Overall sales were 9859 sales against 9411 in May 2008 (Source TREB). Inspite of the growth in the sales, the prices in 905- & 416 region were both off by close to 1% when compared to May 2008. Record low mortgage rates were deemed to be the reason for this sudden jump in the sales volume. What needs to be seen though is whether this growth can be sustained in the coming months with GM & Chrysler going in for Bankruptcy protection. And while we are at the positive end of the news, let us celebrate Magna's deal with GM to build cars. Now if they could really match German or Japanese quality, wont that be good!

For those who love dwelling into data, here is the link to MarketWatch from Toronto Real Estate Board.

Excellent ! Good to see an increase in sales for May over last year ! ...hope it continues for you Rajeev :o)

Rajeev, we are seeing an increase over May last year as well. The buyers are back! Let's hope it continues :)

Like
Rajeev Narula
iPRO REALTY LTD.,Brokerage - Mississauga, ON
My Services Are All About You!

Sharon: It's great to hear that. It is so energizing to hear positive stories after a bout of negatives. 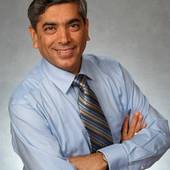