Emmaus PA - Everything you will need to know about our community Details and History along with links to parks, recreation, things to do and other helpful resources.

2007, Emmaus was listed as one of the top 100 "Best Places to Live" in the United States by Money magazine


Emmaus, Pennsylvania is a quaint historic community of 12,000 nestled on the northern slope of South Mountain. It lies 50

miles north of Philadelphia and 20 miles west of the Delaware River. Formed in 1759 as a closed Moravian village on land owned by the church, Emmaus was incorporated as a Pennsylvania borough a hundred years later in 1859.

Founding
Emmaus was settled in the 1740s and dates its founding to 1759. For approximately 100 years, until the mid-19th century, it was a closed community of the Moravian Church. The original land on which the town now lies was donated by Sebastian Heinrich Knauss for use by the Moravian church. The founders and original residents of the town were members of the Lutheran and Reformed faiths, who joined the Moravian church when their own denominations were unable to provide ministers. Emmaus was one of the three leading Moravian communities in the northeast United States at the time of its founding.

Origin of name
The borough was named for the biblical village of Emmaus (now within modern Israel), where, according to Christian teachings, Jesus was seen by disciples following his crucifixion and resurrection. From its founding in 1740 until the 1950s, the borough used the Pennsylvania Dutch spelling of the name, Emaus, to reflect local language and the significant presence of Pennsylvania Dutch in the borough. In the 1950s, however, the town formally changed the name's spelling to Emmaus, reflecting the spelling in the Gospel of Luke in the Bible's New Testament.

19th century
Iron ore was discovered nearby in the 19th century and served as a source of industrial growth for much of the 19th century and 1900s. In 1859, the East Pennsylvania Railroad (later part of the Philadelphia and Reading Railroad) brought trains to Emmaus. That same year, the town was incorporated into a borough. In 1869, the town's first blast furnace opened. The largest iron company was Donaldson Iron Company, which made cast iron pipes and other products until the company closed in 1943. During the 19th century, Emmaus was also a center of silk and cigar manufacturing.

Accessiblity
Emmaus is accessible by two Lehigh County highways, Cedar Crest Boulevard, located on the borough's west-side, and Lehigh Street, which is located on the borough's east-side and connects Emmaus with Allentown and Bethlehem, Pennsylvania. Both highways have junctions with Interstate 78, which spans from Harrisburg in the west to the Holland Tunnel and New York City in the east.

Emmaus global headquarters
Emmaus is the global headquarters of Rodale Press, one of the world's largest publishers of health-related books and magazines, including Men's Health, Prevention, and Runner's World magazines. Buckeye Pipe Line, a United States petroleum distributor, also is headquartered between Emmaus and Macungie. Shangy's & Yocco's
Emmaus is also home of Shangy's, one of the nation's largest beer distributors, featuring over 3,000 domestic and import beer brands. Shangy's attracts thousands of beer enthusiasts from around the nation each year.
Yocco's Hot Dogs, the Lehigh Valley-based fast food establishment known for their regionally-famous hot dogs and cheesesteaks, also has one of its six Lehigh Valley restaurants located just west of Emmaus, on Chestnut Street near Buckeye Road in Upper Milford Township. Opened in the 1980s, the Emmaus Yocco's is known as Yocco's South. Yocco's also maintains its corporate headquarters in Emmaus. Emmaus Arts Commission
The Emmaus Arts Commission hosts art and film events in Emmaus, including "Art in the Garden," "Emmaus Art Walk," the "Student Horror Film Festival," and others. Emmaus also hosts an annual Halloween parade each October, which is among the largest in eastern Pennsylvania.

Other Emmaus Community Resources and Information

Groups:
Posts to Localism
The Greater Lehigh Valley
Things to Do/Places to Visit 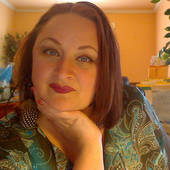