I noticed that each signing companies are different even though the same goal is apparent. They come off being very nice when requesting your services. However, if anything goes wrong, their whole demeanor changes. My very first signing. I made mistakes and had to go back out to make corrections. I did as I was told, but the extra money I was supposed to get for going back out never materialized. When I called to inquire about the extra funds, no one would talk to me. Instead, I got a nasty email stating that I had made a lot of mistakes and they would never use my services again. I responded and said, "Wow, such harsh language. I didn't think I deserved all of that." needless to say, I never dealt with them again. I haven't had any problems with any other company. I guess practice makes perfect because I now make sure all the i's are dotted and the t's are crossed. There is one company I did a signing for. I have the clients name in my notary journal. I know I was supposed to do an invoice at the end of the signing. But now, I have forgot who that company was. I would not have to call the client and get the name of the company from them and then call so I can get the invoice to them to get paid. Other than those two things, I have had no problems in receiving payments or getting signing jobs. 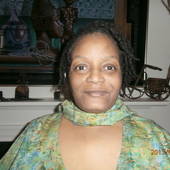