If you like Bluegrass, you can't miss this performance on June 21st at 7:30:

DRUHA TRAVA, one of the most successful international bluegrass bands of all time.

Formed in 1991, the Czech ensemble (translated, the name means "Second Grass") quickly went on to become multiple award winners in their homeland.

Band leader Robert Krestan has been called the Bill Monroe of Prague. His bandmates are accomplished instrumentalists whose influences include jazz, rock and country. The result is a fresh and innovative sound and a concert experience that challenges all preconceptions - lively banter, dazzling bluegrass classics, jazz standards and covers of artists as diverse as Bob Dylan and Dire Straits.

Though chiefly referred to as a bluegrass group, Druha Trava actually incorporate elements of country, swing, jazz, folk and rock into their skillfully rendered music. Not only an international phenomenon, Druha Trava is also one of the most beloved bands in the Czech Republic.

The concert is free and you can bring your whole family!  Music will start at 7:30pm and end around 9:00pm during which time food and non-alcoholic beverages will be available for purchase. 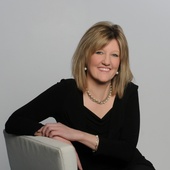