I don't know if anyone else out there has ever went through this, but thought I would talk to my fellow Realtors for a second about something on my mind lately. I came into the market in 2003, the market was incredible in VA. However, I didn't come in to work solo, and I didn't even have a real estate license walking in the door. I had an incredible opportunity to work with 2 amazing commercial real estate Agents, and to learn the tricks of the trade from the top guys in the community. I took this opportunity and learned everything I could. I liked being in the business instantly and had my license in VA within a month or two. I did a bit of residential here and there but mostly focused on supporting, showing, and networking with my commercial colleagues.

After a year and a half, the market was starting to crumble and I decided I needed to go on my own. I wanted to see if I could make it and venture into the residential market. I think my husband, who was in Iraq at the time probably had a heart attack; he asked me, "The market has turned to crap and your going to go try residential????". I responded, "I'll make it or I'll get another job, no big deal". I thought I had an edge to many of the residential Agents in my company because I never knew what it was like to sit on floor duty and get leads, as a commercial Agent you just don't do that. I never had a deal with multiple offers, often it took years to get a commercial property to close, so that didn't scare me. I learned within the next few months, I was right.

You see, what I chose to do, was go after banks. Small, large, and in between. It worked for me, I became really successful in foreclosures and have done really well for myself and my company. I often over the last several years took more than I could handle and I wish I hadn't worked so many hours. And due to lack of sleep and desperation of help I haven't always made the wisest choice in selection of assistants. I probably haven't followed up with all the contacts I've made; and I really really wish I was sending thank you and follow up letters like some of the seasoned Realtors I've come to know have done with their clients and contacts over the last few decades. But I honestly look back at the last 3 years of all the foreclosures I've done and realize I'm known and have marketed myself as the foreclosure expert.

What an amazing blessing to have all these foreclosures and be able to close several deals each month, right? But here is the punchline; What do you do when your "niche" is no more? I've reviewed over the last several weeks my business plan for 09, Production wise, I'm well over my expectation, and have many files in the works, but when all the foreclosures are gone and all the short sales go away, I'm scared of what to expect. I didn't work the boom, don't know what it was like before that, so I'm not certain what to do.

I've seen Realtors within my office lose their builder and go back to just selling resales, but what is your advice? Is their anyone out there that is thinking of this too? I know I've got at least a year or two to really start thinking about this, but I'd rather have a plan in place, what are your thoughts?

Melissa: What makes you think that foreclosures will go away? Our broker has been focusing on foreclosures for 10 years and is selling more than ever. Why don't you start a drip campaign to foreclosures that have sold that you have listed as most will want to sell someday I'm sure. That'd be a pretty big list I'd gather from what you've shared here.

Hey Matt, Wow, no one in my office has had them long term, didn't think about that. Thanks! and thanks for the idea re: drip campaign.

Melissa: I think we will have foreclosures with us for a long time. Even in the best of times, however, there will always be people who are facing foreclosure due to divorce or loss of job. Most top producers put together a businss plan that will draw from 5 to 6 different sources, so that if one source dries up, their business won't follow suit! In addition, many deliberately plan to serve a mix of sellers and buyers. A suggested ratio is 75 percent sellers and 25 percent buyers. If the market suddenly becomes a seller's market, you always have the option of increasing your buyers, but if you are known strictly as a listing agent, it becomes very difficult to "retool" in time to benefit from the market shift. I'd like to discuss this in more detail with you. You have my number (we've worked together before!), please give me a call! 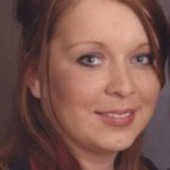