I had a Tough Close this week, I'm really thankful for the close! My client was great to work with! Let me just tell the story.

The Client, let's call her Gina, is a lady who actually knew where she wanted to live and we made an offer after seeing the condo twice. The offer was very straight-forward with no contingences, and no closing costs! It was easy negotiating it out and we got the price we wanted and they were supposed to have the close date they wanted!

However, we had a close date of the 29th of May, and they had over a month to get it ready to Close.

Gina, owns a house already, outright, and has a car, hardly any bills, and works. I don't know for sure but I would bet since she is widowed she has some Life Insurance money! The bank she was using for the Mortagage, was the one she banks at, and has a relationship with.

The week before the 29th, I was in contact with the mortagage person at the Bank and everything seemed to be in order, he gave me no cause for concern, that we would close on time. I spoke with him and the Title People the first of the week that the 29th fell in, and was not told anything about any delay for any reason.

As far as I know, the appraisal was done in a timely manner, and everything was in line!

THEN: The day of the 28th, I found out that the change of the Title Co. had not taken place and the first Title Co. had not been notified of the close that we were supposed to have there and were not ready for it, which, why would they be when I had told them we were changeing due to a request by the Buyer! I had even spoken to the other Title person also! Nobody, had the payoff, and it was with a mortagage co. none of us had ever heard of and was only contacted by FAX. Needless to say, we were frantic.

Believe it or Not, The payoff was received on the morning of the 29th, after a restless night on my part, they had pulled off a miracle!

The processor was informed, however, the title company was told that the close was not ready on their end because, get this, the Appraiser, had put a PUD appraisal, on a CONDO form and the underwriting would not approve it until it was on the corrected form!

Then there was the Weekend!

Thankfully, the Buyer, did not have a packed van sitting in her driveway, but a lot of people do! It would have been all the same if she had planned to move that day and over the weekend! The Sellers, had already moved and things worked out!

It's not enough that appraisers regularly kill our deals for supposed lack of value, but now they can't even use the right forms.  God help us all.

Like
June Tassillo
Owner/Broker RE/MAX Elite Realty - Franklin, NC
Let me help you with the next phase of your life!

I really hate it when it gets that close and stressfull.  Glad it all worked out for you and your client!

I agree with the above comments and yes I can't stand it either when things get that close and stressful!

Glad things worked out for you!

I also agree with the comments above!  It is a real "YIKES" when it gets so close to the closing like that!! 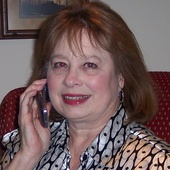