Okay, I know that headline seems a little exaggerated and maybe even a little far-fetched, but honestly I am.  I don't know if it is a combination of the sun, the clean Spring air and the excitement that seems to be brewing in our offices, but I can feel that change is abuzz in the real estate market and for the first time in a long time, I'm truly invigorated!

This week, NAR released its Pending Home Sales Index, a forward-looking indicator based on contracts signed in February, reporting that pending home sales rose 2.1 percent to 82.1 from a reading of 80.4 in January.  Pending home sales have a way to go for there to be a meaningful increase, but recent increases in shopping activity are hopeful indicators that we'll see additional sales gains.

NAR's Housing Affordability Index also rose 0.9 percentage points to a record high of 173.5 in February from an upwardly revised index of 172.6 in January, and is 36.3 percentage points higher than a year ago.  This broad measure of housing affordability using consistent values and assumptions over time, shows that the relationship between home prices, mortgage interest rates and family income is the most favorable since tracking began in 1970.  1970!!!!

Also interesting, Inman News released a survey this week noting that of the 225 readers who responded to an online survey from March 23 to April 1, 48.9 percent said housing markets in their area were improving, 27.1 percent said they were stabilizing and just 12.9 percent characterized them as worsening.

That, along with the indicators I've referenced over the last several weeks including last week's jump in mortgage applications, the historic drop in interest rates and the surge in new housing starts, we truly are seeing some very positive and indicative signs of recovery.  I truly believe that buyers are seeing inventory move and that gets them moving.

It seems some of Obama's various recovery efforts are starting to have some effect on the market.  The billions to slow foreclosures and goose bank lending, plus the tax credit, are getting buyers to move which is a positive sign.

Now, of course, we'll have to keep our eye on it and watch as the market continues to progress through our traditionally busy Spring selling season, but thus far the signs are positive and my magic eight balls says "Outlook is Good."

With that good news in tow, let's take a look at this week in real estate:

As you can see, the market is heating up.  Consumer confidence is finally on the rise and buyers are edging off the fence.  For those who are still cautious, please consider all of the positive signs that are knocking at your front door.  From the first time home buyer credit to the historically low interest rates to the increases in conforming loan limits to the generous amount of inventory to the motivated sellers to the...honestly, the list goes on.  Opportunity is knocking and it is time for buyers to recognize this and jump in.

Have a great one, 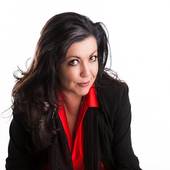