By Scott Bocock
Board member and volunteer with the Cedar Lake Historical Association | Sunday, June 07, 2009 | (No comments posted.)

Photo courtesy Cedar Lake Historical Association From rails to waves: About 1930, passengers regularly boarded boats at the pier after arriving at the Monon Railroad depot on Cedar Lake's midwestern shore. For a small fee, they were carried to various places along the lake. NWI Photo Store

During Northwest Indiana's warmer months, a variety of watercraft can be seen at Cedar Lake. Sailboats, rowboats and jet-skis are joined by pontoon boats that move leisurely on the lake. Even in the earliest days, boating was important at Cedar Lake.

The Potawatomi Indians skimmed the lake's surface in their canoes, while hunting and fishing. They might have also used the lake for recreational purposes. In 1837, the Hervey Ball family arrived at Cedar Lake. Timothy Ball would later write about an Indian canoe found and taken by his family in this same year, in his book, "The Lake of the Red Cedars." Although it is only a brief mention of this canoe, it demonstrates the significance the lake and canoes to the Indians.

Sailboats are still common types of vessels at the lake. Probably the earliest sailboat launching on Cedar Lake, occurred in 1838 or 1844. H. H. Horton of New York, rigged a large rowboat with a sail and a rudder. He and his nephew Timothy Ball sailed the lake. By the 1850s, sailboats were prevalent at the lake. One of the largest was a double-masted schooner with a cabin and an upper deck that served up to 100 passengers. Shipbuilder Obadiah Taylor of Cedar Lake was hired by Adelbert Palmer of Creston to construct this vessel in 1859. It was launched that same year, but after a few seasons, it was no longer seaworthy, and it was stranded at Cedar Point. In 1881, a Captain Harper would launch his boat the "Night Hawk."

By about 1900, Norwegian and French boat clubs formed along Cedar Lake's southeastern shore.

One club was organized by some Pennsylvania Railroad officials who were in charge of the depot in Crown Point.

The advancement in technology would bring other watercraft to Cedar Lake. By the 1860s, steam-powered boats became a common sight. In 1882, the Monon Railroad hired a Dr. Robert Hunter to maintain a steamer that could accommodate up to 40 passengers at once. Eventually, electric-powered boats like Mark Reed's "Dispatch," populated the lake. Soon, gasoline engines would power boats.

In the early 1900s, the Lassen Family came to Cedar Lake, as did boat enthusiasts from Chicago. The Lassen's "Dewey Line" met visitors at the Monon Railroad depot at the lake's midwestern shore. For a small fee, visitors were transported to various places on the lake.

At Cedar Lake now, a similar pattern still exists. The Cedar Lake Yacht Club continues to organize regattas. Many people launch their boats at the Indiana Department of Natural Resources boat launch. Others rent watercraft from Pine Crest and North Point. There is no doubt, boating remains important to Cedar Lake. 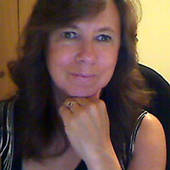