Under the Wabasha Bridge on Raspberry Island, on the Mississippi River looking at  downtown St. Paul, MN The Covington Inn a bed and breakfast docked on Harriet island.

The best time of day to take low light outdoor photos is just before the sun sets or before it rises, not when it is pitch black out.  I get asked questions about the photos.  Night shots are kind of a specialty and I wish I could go out every night. I include night shots with some of my listings and my clients love it. Those need to be taken at dusk and I have the sellers turn on all the lights.

The night shots are not all that hard to take it just takes patience.  The star pattern that the lights make can be created using a special filter but I make them by using a lower shutter speed.  On the bottom photo it was too slow and the upper photo is just about right.  Usully and aperture size of 9 to 13 does that job when it is pitch black out, at dawn or dusk about 16 to 22 seems to work best. I usually have the ISO at 200 so the photos don't have a lot of noise in them.  Each lens is different star pattern my wide angle lens makes an eight point star.

I can't take these shots without a tripod. sometimes I don't have one with me and I can get by with setting my camera on a flat surface, or I use a monopod, but a tripod works best.   I also use a remote so that I don't have to touch the camera.  The slightest vibration will ruin the shot. Camera remotes are inexpensive, I have two of them one is cordless and the other has a cable. The remote with the cable is the one that I use the most, because it give me the most control. The self timer on the camera can be used instead of a remote but it takes a lot

I have seen people use a flash for night shots but I don't. It doesn't take any fancy equipment to take night shots.  Most point and shoot cameras have a night setting. I tried the night settings on my DSLR camera once and didn't like the result and have not tried it since.

When I travel I carry a light weight monopod.   I just bought a new one yesterday that weighs less than a pound  It isn't ideal for night shots but I can get by with it. Airport security doesn't always understand monopods so sometimes I get my bag unpacked and repacked courtesy of TSA. **Travel tip: Put the monopod on top so they don't have to dig through the case to find it, they don't do a very good job repacking.

There aren't many people  who like to go out at night and shoot. I have traveled all over the country and I often end up going out alone, unless I am attending a conference and Kristal Kraft is there.  Sometimes the people I am traveling with advise against it but it is so irresistable to me that I end up doing it anyway.  I understand cities at night and they feel safe to me as long as they are well lit and there are people roaming around, and I have to say I have met some interesting people that way. They see the camera and they want to talk, I stop and chat.  I plan to spend most of a night out shooting the transit system in the twin cities this summer and will be spending next Sunday night shooting the in chicago.  If you see me please don't run me over. Teresa, these are great night photos. I would have guessed you used a star filter until I read your post. Thanks for the tips.

Very cool photos. I am still learning a lot about night photography but when you get it right, the pictures look fantastic, like yours do. Thanks for sharing.

Looking forward to the L photos!

This is a very nice class on photography.  Thank you for sharing your knowledge.

I would love to wander around any town with you at night!

Hi Teresa, Impressive and I can't wait to get this experience. I have a new Pentax and just starting out but in time I fully expect to see some similar results. The building photo is most impressive . I presume it was a slower shutter speed on that one? PS, I have been looking at these photos for over 15 minutes, guess I am enjoying your work, :-) Nice job.

Teresa--Your photos rival some of the professional shots I have seen of landmarks in the Twin Cities...Beautiful! :)

You have a wonderful talent for taking pictures and thanks for the tips you provide here! 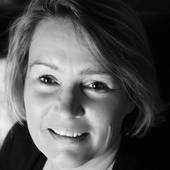