It's a line from one of my husband's and my favorite movies "A Few Good Men" starring Tom Cruise and Jack Nicholson. So many lines from this movie have stuck with me, and although this one was delivered by "the bad guy", it came to mind a few weeks ago after writing an offer for a client.

Here are the details:

Here was the Listing Agent's response:

(Wasn't that low, definitely within offer range for a property on the market this long)

"What are your buyers basing their price on?"

(Um, I don't know. Maybe the fact the property has been on the market for a long time and prices are continuing to soften and they want to make sure they aren't leaving money on the table?)

I soooo wanted to ask this agent how many properties he/she had sold or offers he/she had written in the last 6 months because it definitely felt as if he/she had NO IDEA what was going on with respect to offers and negotiating these days.

But I took the high road. (I'm getting good at that)

So the counter came back and it wasn't good and my buyer passed.

I can't help but compare this experience to another I had a few months ago when I wrote an offer on a house which had only been on the market for about 15 days. It was a LOW offer (lower in terms of percent to list price than the offer mentioned above). The buyers were coming in from out of state and had been listening to the news about "a strong buyer's market".

When this agent received my offer, the response was, "Colleen, thank you so much for an offer to work with. I look forward to having a response to you soon."

The sellers came down with a reasonable counter. My buyer paid more than they thought they would have to, and the sale closed roughly 40 days later.

So to the listing agent of the property STILL on the market......rather than sigh and act as if I've caused you a big headache by writing an offer on your listing...."I'd rather you just said thank you and did your job of presenting it to the seller without emotion or predjudice because you haven't a clue what's going on in the market right now"

That's actually not the real line from the movie.

Colleen Fischesser is the Broker/Owner of RE/MAX Select in Maple Valley, WA. She has been successfully selling and marketing properties all over South King & North Pierce counties since 1990 but specializes in the Maple Valley Washington area. She may be contacted directly at: 425-432-5400

Tags:
negotiation
real estate professionalism
get a clue if you want to succeed in real estate sales

Me thinks you could have used the line "You can't handle the truth!"  somewhere in that first discussion :0)

I just view all of it as activity, nonetheless, and deliver the news with the hope of builing a bridge to a more reasonable price. Sometimes they walk, but sometimes they really do step up. thanks for the post.

The best agent is one who doesn't sigh, groan, nag etc...just present the darn thing....which we're supposed to do.

You know....rarely do we hear those nice words, "thank you!" right?

It of course works both ways. I recently had a very low offer on a property as a listing Realtor and had the buyers Realtor in my face trying to intimidate me and basically being very insulting because my sellers didn't have any interest in coming down that low. The fact that she herself had the listing previously and had been the person who initially set the price... well, apparently that was beside the point!

Colleen, they probably couldn't handle the truth. :)
We never hear 'thank you', no matter what the market is like.  It's usually a sigh, and 'my clients will never go for this' ... but we know on both sides that a low offer is better than no offer, so let's just work together and get it done.

You are so right. A lot of lines from the movie could be used in these situations. Like, when the first agent asked you what they were basing the price on, you should have said, "I'll tell you. But you have to ask me nicely," Can't you just hear Jack saying it. That is one of my favorite quotes of all time. Great Post.

Colleen, I like the second response. And I know that is the first offer.

The second go around really shows the intent of the buyer and the willingness of the seller.

But, "thank you" is a very welcoming and in this market they chose to write on that listing.

Knowing the real value of a home is one of the most important services a Realtor can provide to their clients. It sounds like the Realtor may not know or the seller remains unrealistic.

LOL....ok, I guess I could have gone a little farther w/ the movie quotes, "You can't handle the truth", and "but you have to ask me nicely".

Colleen,  It is what it is ... its an offer.  Its up to the seller to determine the value of the offer and certainly price isn't the only salient issue in the offer.  Terms can offset price - either high or low.  Amazing how many agents have an attitude and don't understand why they don't sell anything.

Hello Colleen, I agree that when we are working as buyers agents it is nice to hear a thanks for: 1) showing the home in the first place, and 2) taking the time to work with the buyer to write an offer.  Lot's of offers are being written and not all of them will be acceptable to the sellers -- no reason to be grumpy about that!  John

Boy do I ever know what you mean. Buyers and Sellers are not in-line with the universe right now. Some have no clue and ask for wiggle room, others don't wish to leave anything on the table, and others are still praying for someone from another town who has no clue what the value really is. I think we are in for at least another 2 years of this market...

You know, I haven't hit this one in quite a while. The agents I've run into lately that are still standing are generally very gracious, and thrilled to get an offer. I'd sooo much rather get a low offer on a listing. At least it's something to work with, right? And if not, well, it was a learning experience all around maybe.

And, yes, you're very good at taking the high road (but it's tough not to grit one's teeth, right?)

I try to make a point of always thanking the buyer's agent for submitting an offer on one of my listings. Even if it's a ridiculously low offer that is never going to see the light of day in an escrow office because I have multiples up the ying yang. Because we're all in this together. Well, unless it's a spam offer. Those are a whole 'nother story . . .

Colleen, I am with you.  Thank you for the offer.  I recently came across a closing line to say to sellers when you have a low offer.  "Let's not be mad at this buyer.  This buyer is trying to buy your home.  If you want to be mad, be mad at all of the other buyers who have come through your home and didn't think enough of it to make an offer.  Now, what should our counter be"? 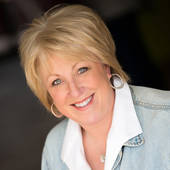