Men's Journal Magazine recently named West Ashevile one of the best neighborhoods in the Southeast.  According to Britta Waller, editor, “Even after nearly two decades of growth, West Asheville is still basically what downtown Asheville was like a decade ago. Keeping it funky was a priority for a population young enough to not yet care about saving for retirement.”

There are two commercial hubs in West Asheville, both off Haywood Road (its main street for more than 100 years). One creative cluster is just west of Interstate 240, home of Harvest Records, Blue Ridge Biofuels, dressmaker Brooke Priddy, Izzy's coffeeshop and The Admiral, a bar with an eclectic collection of music in its juke box. The other cluster surrounds the Westville Pub, a walk-to restaurant that's an after-hours place for young professionals who live nearby. Orbit DVD, Digable Pizza, West End Bakery are all there, too.

North and south of both areas are tree-lined streets that are decades old. Grocery shopping for many on the west side is an easy walk away (the Grove Corner Market has moved into the space where the Haywood Road market co-op was).

West Asheville is one of the few places you can actually walk to the restaurants and shops, and you just don't get that everywhere. It has that small-town feeling.

In 2007, Natural Home Magazine ranked West Asheville as its top eco-friendly community. Revitalized in the 1990s, West Asheville has affordable, renovated and fixer-upper bungalows and cottages, plus a fashionable commercial district, tree-lined streets, historic architecture and a small-community feel. 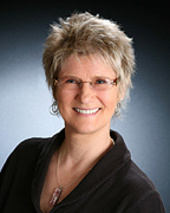