Realtors, It seems that the government is on it's latest thirst for power. They are proposing new governmental rights to seize more financial institutions that "Pose a risk to consumers". Government Power Grab Article

I need to know if any of you are uncomfortable with the unquenchable government seizure of private institutions. Do you really want these companies to be run by politicians whether they be republican or democrat? Democrats, you have your people in power till the next election and in the meantime democrats with benefit, it is the way of all politicians to reward the faithful. What happens if another republican wins, guess what, then republicans will benefit. Wouldn't it make you more comfortable to have national politics out of our private jobs. I wonder if they will suddenly decided to have a check box on the employment application stating "check one" for democrat, republican or independent?

Hey Keller Williams and Remax folks, what happens if your companies start tanking at a national level and the government sees fit to seize control for the sake of consumers? Think it can't happen now? The government owns GM and other big financial institutions, you are not beyond the strong arm of the government.

The funny thing is, most of you will just write off this post as a bunch of conspiracy mumbo jumbo. This is your prerogative, but before you do I would like you to read this article regarding ABC broadcasting from the White House ABC Turns Control over to White House for a one sided debate on President Obama's health care proposal. I am sure this is what our constitution meant by the 1st amendment.

Realtors, go ahead and write me off. Let's see what happens comrades in the next year. Sometimes being short sided can be very dangerous.

This is a really good debate.  The problem that has arisen is that there are indeed some financial institutions that are too big too fail.  If anybody doubts this then they need to look at what happened to the banking system after the collapse of Lehman Brothers in September.

That being said, there are some companies that need to be allowed to fail.

It is certainly a good debate.

This is very disturbing.  There are alot of things that the democrats are hiding in their work.  In Arkansas, US Senator Blanche Lincoln has hidden a law in her workings about doing away with the Usury Laws in Arkansas.  (here is the article http://www.robbiewills.com/2009/06/14/weekly-column-june-15-2009/)  It should be put to a vote of the people of the State.

And yes, I agree, even if it was the Republicans in there, we would have some of the same problems.  But I have never seen where this President has had the control of the news like the report indicated.

We do need to step up!

Yes, its a mass take over.  What do you suggest?

Frightening. And featured in the Group "Whacked!!!"

I am so glad that this was selected to be featured in the Whacked group. The scary stuff that happens everyday is getting old. Be honest, how many are upset about one thing or another that is happening in America today. It has nothing to do with this party or that party, it has to do with there are alot of people hurting in America today and the politicians do not care.

There seems to be a lot of press on this topic lately.

Steven, the government can't run itself and now it's going to run the banks and GM. What is wrong with these people??? 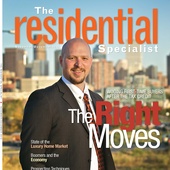