The other day as I was driving home and a silly squirrel about ran under my rotating tires, I was reminded of a time awhile back during the winter when I had, "The Scariest Vacant House Encounter" of my Staging career.

One of my agents had asked me to tour a vacant property to do my usual report and rental quote. Since NAR doesn't yet think it is necessary for Stagers to have E-key access, the agent had left a punch code lock box on the door (slight point made there). Whenever I tour a vacant property I try to be very aware of my surroundings, ring the bell first in case there is SOMEONE there, let myself in when nobody answers and then lock the door behind me. I always keep my cell phone and keys on me.

This particular property was mostly unremarkable - dated wallpaper and fixtures, some gross stuff in the bathrooms, badly stained carpets, trash on the kitchen counters, the usual.

I had looked through most of the main level and part of the basement when I noticed THEM. Frozen like little statues above the curtain rod surrounding the patio sliding doors were TWO squirrels!!  They were so still that at first I thought they were some terrible decor idea gone wrong (believe me, it would have coordinated with the rest of the house). I also quickly froze and stared at them - silently daring them to move to prove that they were real.

A moment later one of them twitched, confirming my worst suspicion. Since I had so carefully locked the front door behind me when I arrived I began desperately trying to unlock the door so I could escape. It was a tricky one but luckily I was able to get the door opened before the squirrels could attack me and of course I just KNEW that they were going to attack, because isn't that what squirrels do when they get a human cornered alone in a vacant house?

Well, the agent and I got a good laugh out of that one, although I refused to enter the home again until the sqiurrels were removed and premises were secured against future wild life entry.

What's the scariest or strangest thing you have encountered when Staging???? Tori--I was told that the house I was preparing a bid for had a ghost. I didn't encounter anything strange (although I did notice a very heavy floral scent at one point with nothing to really explain it), but I was on edge when I was alone in the house taking measurements and photos! I haven't found out yet if I got the project...

Cathy - Good luck on that project; or maybe that we be an okay contract not to get?????

I have encountered gross, disgusting, weird, kinky, and funny.  I have been lucky enough not to encounter scary yet!  Your story made me think of the squirrel jumping out of the Christmas tree onto Chevy Chase in National Lampoon's Christmas Vacation.  I would have been just as scared as you were.

How about opening a bedroom door in a vacant to find a pit bull and her pups??? Not the best neighborhood and I have to admit I skedaddled out of that home just as fast as I could.

Very funny post Cathy! My strangest is not a living thing and something I mentioned in a previous post, but a large, old, tattered, pleated lamp shade bolted to the ceiling in place of a light fixture in a basement bedroom.

The home was occupied and according to the Realtor's I was on tour with, it was very over-priced. Everyone laughed and laughed, but it is really quite frightening to think about that with SO MANY decent homes LINGERING on the market. One final note: the entire home was a nightmare but the lampshade, icing on the cake.

Sharon - that's one of my favorite movies; luckily the squirrels did NOT jump out at me otherwise I would certainly still be in therapy :-)

Anthea - I would have been totally freaked out!  Did the mama pitbull have a chance to protect her babies against you?

Debra - that is probably the strangest light fixture I have heard about.

Hi Tori, I loved they way you told your story, the vivid pictures were in my head! Nothing scary yet, thank goodness.

It wasn't the dogs I was actually nervous about, it was who had put them there. I'm just glad they weren't there when I walked in. Would not have been a good thing.

Squirrels are totally scary.  As Carrie Bradshaw said on "Sex and The City", "Squirrels are just rats with a cuter oufit".

Like
#10
Todd McAllister
On Stage home staging and redesign co. Portland, OR. - Portland, OR

Tori:  Over the years, I have learned to go to each appointment with an open mind.  You never know who will answer the door, be in the house with you, or what you may encounter.  My best discovery was an S&M room in the family room upstairs.... 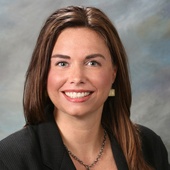