The unique cultural mix that gives Santa Fe its special ambience is the product of centuries of co-existence among Native Americans, Spanish, Mexican, European and African Americans.  This blending of cultures is responsible for the distinctive architecture, cuisine and overall aesthetic that gave rise to Santa Fe's nickname, "The City Different."

Historical and Cultural Destinations
All explorations of Santa Fe begin at the historic Plaza, where historic buildings and Old World Ambience tell the story of 400 years of existence.  The city's other attraction areas are a short walk away or accessible by city bus.

The Palace of the Governors - The Oldest Continuous Government Building in the Country
Constructed of adobe in the early 17th Century, the Palace served as Spain's seat of government for the entire Southwest region.  It currently houses the Fray Angélico Chávez History Library as well as exhibitions of historic importance.  On the portal facing the Plaza, Native American artisans sell their wares, just as they have for centuries.

Cathedral Basilica of St. Francis of Assisi
One of Santa Fe's most revered landmarks, the Cathedral Basilica of St. Francis of Assisi went under construction in 1869 to replace an older church that had been destroyed during the Pueblo Revolt of 1680, (which in turn, had replaced the first church built on the site in 1610).  The "new" cathedral was dedicated in 1887, and was elevated to a Basilica in 2005 by Pope Benedict XVI.  Masses are held daily, and docent tours are provided daily except during funeral or religious services.

Loretto Chapel
Built between 1873 and 1878 by a French architect, the Gothic Revival-style Chapel was patterned after King Louis IX's Sainte-Chapelle in Paris.  The stone was quarried locally, while the ornate stained glass arrived from Paris via wagon over the Old Santa Fe Trail.  The Chapel's most famous feature is the Miraculous Staircase, which, according to legend, was built by a mysterious carpenter (some say St. Joseph himself) over a six-month period sometime between 1877 and 1881.  The staircase features two 360-degree turns with no visible means of support and should be an engineering impossibility, but it continues to stand today.  The Loretto Chapel is currently a private museum and a favorite site for local weddings.

New Mexico Museum of Art
Founded in 1917 as the Art Gallery of the Museum of New Mexico, this signature museum is housed in a Pueblo Revival building designed by noted architects I.H. and William M. Rapp.  It is considered the forerunner of what came to be known as Santa Fe Style, combining elements of several regional styles.  Its permanent collection includes works by the founding artists of the Taos and Santa Fe artist colonies as well as internationally known figures like Ansel Adams, Agnes Martin, Georgia O'Keeffe, Gustave Baumann, Richard Diebenkorn, Florence Pierce and Frederick Hammersley.

Georgia O'Keeffe Museum
Opened in 1997, eleven years after O'Keeffe's death, this is the only museum in the world dedicated to the work of one of the most significant artists of the 20th century.  The collection includes more than 3,000 of her works, including paintings, drawings, and sculpture.  In addition to the changing exhibits of her work, the Museum presents special exhibitions of her work and that of others.

Museum Hill
A quick bus ride from the Plaza takes you to Museum Hill, a stunning plaza that comprises four museums:  the Museum of Spanish Colonial Art, the Museum of Indian Arts and Culture, the Museum of International Folk Art, and the Wheelwright Museum of the American Indian.  These world-class institutions offer insights into New Mexico's extensive artistic heritage, from ancestral times to the present, as well as a vast array of artwork and folk art.  A convenient cafe lets you make a day of it, and shops in each of the museums provide good value on unique items.
www.museumhill.org
New Mexico History Museum The newly constructed New Mexico History Museum is the new anchor of a campus that also comprises the Palace of the Governors, the Palace Press, the Fray Angélico Chávez History Library and the Photo Archives.  Its 2009 opening coincides with the 100th anniversary of the Museums of New Mexico, and it offers permanent and temporary exhibitions that cover the area's history from the prehistoric period through to the Spanish colonization, the Mexican period, and the Anglo era introduced by the Santa Fe Trail and the railroad.
www.nmhistorymuseum.org
Canyon Road Long before it was a part of the city proper, Canyon Road was a route by which Native Americans would bring their goods to trade with the Spanish settlers in the Plaza de Santa Fe.  The Spanish began to build their adobe homes there in the 1750s, and members of Santa Fe's burgeoning art colony settled there in the early 20th Century - Fremont Ellis, Willard Nash, John Sloan, and Randall Davey, among others.  The modest dwellings now house some of the city's finest art galleries, and the street is alive with strolling art lovers most days.  Gallery hopping on Friday evenings is a particularly cherished activity, followed by dinner at one of the signature restaurants along the route.
www.canyonroadarts.com
The Railyard An old part of town has just gotten a facelift and remodel, transforming it into a vibrant community center.  Amenities include a 10-acre park with walking-biking trails, a renowned Farmers Market, art galleries, live-work artist spaces, restaurants, and shops.  Anchoring the area at SITE Santa Fe, a nonprofit contemporary art organization that mounts regular exhibitions as well as an international biennial in even-numbered years, and El Museo Cultural, featuring exhibits and events.
www.sfrailyardcc.org
Santuario de Guadalupe The historic Nuestra Señora de Guadalupe church, built in 1781, is now an art and history museum that houses the Archdiocese of Santa Fe's collection of New Mexican santos (carved images of the saints), Italian Renaissance paintings, and Mexican Baroque paintings.  The crown jewels of the collection are Our Lady of Guadalupe, painted by José de Alzíbar in 1783, and a 12-foot, 4,000-pound bronze statue of Our Lady of Guadalupe made in Mexico and laboriously and lovingly transported to its home in Santa Fe in July 2008. 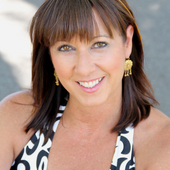