Have you been making timely payments to your homeowner association? If no, you may lose your home. There are more than 59 million people living in over 300,000 association-governed communities nationwide. Homeowner associations typically have the foreclosure clause in the purchase agreement signed by homeowners. Many associations have mandated external agencies to collect dues from homeowners, and collection agencies say they go about doing their job in a professional manner. Andrew Schlegel, executive vice president for Merit Property Management, which manages more than 140,000 community homes in California, said: "No one wants to do this. It's only coming up when people are completely obstinate about it." Schlegel said about 6% of homes his company manages have membership dues this year, up from 1% in the previous years. According to Foreclosure Listing Services, homeowner association initiated foreclosure attempts in Texas are up 30% now from 2 years ago. Bob Tankel, an attorney who represents homeowner and condo associations in Florida, says about 20% of the cases which had payment dues to his client associations have reached foreclosure. "We have compassion for those folks. At the same time, we feel for the rest of the homeowners who are paying their dues," said Schlegel.

Tags:
homeowners association can foreclose homes for nonpayment of dues 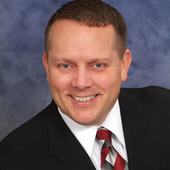