I'm the president of a 32 unit condo building in Lakeview. It's been 15 years+ since the developer rehabbed this vintage building and made them condos. All of our units are sold and for the most part, the HOA is financially healthy. We have about $60K in reserves. 2 unit owners are having some money issues (lost their jobs) that prevented them from paying on time for a recent special assessment (around $4,000 per unit). 1 of them finally paid the balance and the other 1 has worked out a payment plan to pay it off by Oct 09. We have 3 units for sale right now with 2 more intending to sell this summer. 1 potential buyer is under contract and wants the seller to help get our building FHA approved. Since I'm the president, the seller has come to me for help with this. I read your comments about 1st right of refusal (FRR) and agree that it's rarely, if ever exercised. Our building has never used our FRR.

Question: Isn't a potential buyer in our building who's using a FHA loan going to be riskier for the association than a conventional home buyer? Doesn't someone seek a FHA loan because they have a lower credit score and less down payment? Seems like that would make them more likely than a conventional buyer to get behind on paying assessments, doesn't it? So, I'm thinking as President, maybe we should keep the FRR in our rules/regulations so that people with poor credit don't become a greater percentage of unit owners here. I don't want the headaches that go along with collecting money from my neighbors. And I don't want to see my own home investment deteriorate if the HOA has financial problems.

Dear Mr. President, (Doesn't that sound fantastic? I wonder if I should be saying it in a breath-y Marilyn Monroe voice...)

Let's answer your question first: I can't imagine that a buyer who takes advantage of FHA financing is any riskier than another buyer. FHA buyers traditionally are pretty well qualified buyers who have smaller than traditional down payments (and when I say traditional, I mean really old school down payments of 20% or more.)

FHA loans were never designed for the whole sub-prime category of buyer - namely - buyers with lower credit scores, or non-traditional income verification. I would fall into that category. I am self employed, and for my mortgage, I applied with Stated Income. Which basically means I swore I made as much as I represented on my mortgage application. But did not turn in very much supporting documentation to back it up. Salespeople, small-business owners, people who earn commission, people who have cash in the bank but not a lot of income (also known as "trust fund kids"), all fall into the sub-prime category. And none of them could qualify for an FHA loan.

So, no, I don't think that trying to restrict buyers from buying in the building is going to protect you against the kinds of problems you are experiencing at your association today. In fact, the policy could hurt you!

A second opinion from Mike Nielsen at Guaranteed Rate:

Not allowing FHA buyers in could mean that you are keeping good buyers away. Not all FHA buyers have poor credit, no money, and high DTI's. Maybe they just have 1 of those 3 and are forced, in this lending environment to choose FHA in order to take advantage of low prices, great rates, and tax credits. By not allowing FHA buyers you will increase market time of units in the building and therefore drive down prices. Also, NOT good.....

So the government came up with a bunch of policies to promote home ownership. The result of those policies is the secondary mortgage market - Fannie Mae and Freddie Mac. And government guaranteed mortgages (FHA loans.) The ability for banks to get money back after lending it out on home loans revolutionized the way people buy homes.

In Italy, for instance, there is no secondary mortgage market. There's barely any mortgage market. So banks rarely make mortgages. And if they do, they can only lend as much money as they have sitting in the bank. So people pay cash for houses. And houses don't appreciate very much because there is not very much demand for them. And they are hard to sell when you want to get rid of your house.

Here in the U.S. the push to increase home ownership was rather successful! At its highest point during the Clinton administration, home ownership reached 65% - an unheard-of level in American history. (Insert glorious anthem, sunshine & roses and happy-shiny people images here.)

Notwithstanding the current crisis, as a general rule, expanding home ownership to more Americans is actually a good thing.

The crazy lending guidelines where banks got SO aggressive in approving sketchy buyers is what has had the most impact on the current crisis.

But even if we didn't have a financial institution crisis, and the sour economy was confined to unemployment, then, your association would still be in the same boat. Your residents don't sound like deadbeats. How could they know that their job was in jeopardy? And that they would get laid-off? That's not the fault of a financial institution. Or that your resident was a shady borrower. It's rotten luck.

And often times, the best way out of a rotten situation is to get out!

You need to help promote policies in your association that open up the pool of potential buyers for condominiums in your association. Trying to restrict buyers is absolutely the wrong choice! The best course of action for you as steward of your association will be to protect values by keeping up with maintenance of the property, maintaining adequate reserves to cover expenses and unexpected surprises, and promote the desirability of the building/complex/community as best you can.

A related side-note: another option for cash-poor condo owners is to rent out their condos to cover the mortgage payments. An example might be an owner that takes a job elsewhere after a layoff here in Chicago. Or an owner that moves in with family, but owes more on their condo than it's worth. I see both examples frequently these days.

A practical option for owners in these situations is to rent out the condo until it can sell. Or it appreciates enough that the owner can sell it. Or long enough for the owner to get back on his feet. But there are some associations that are holding fast to their "No Renters" policies - to the detriment of the association!

It is in the association's best interest to relax this restriction, or relax the enforcement of the rule during hard times like we're in now. Owners that get trapped in a mortgage that they can't get out of, but are forbidden by restrictions to rent out their units often times windy up in a situation where they can no longer pay the mortgage or the assessments on the unit.

This is a bad thing for associations. Sure, when times are good, it's great to increase the level of owner occupancy and stability within your community or building. But if the alternative during hard times is to force owners into nonpayment situations, the association can often times wind up short. Short on daily expenses. Short on unexpected breakdowns. And these shortages are often passed on to the other owners who have to carry the expenses of the empty unit.

Mister Steve, your Property Management Guide, can offer guidance to associations in taking control of units that are vacant and not paying their bills. But it's a cumbersome process. And it certainly makes sense to let an owner who's down on his luck to take whatever measures necessary to keep some form of income in the pipeline. Empty units, especially ones that sit in the winter, are another terrible source of downward pressure on property values in a community. One that an association would be well advised to take measures to ensure they don't find themselves in the situation in the first place.

Robert, you might wish to read my post ML09-19 Removal / Modification of the Right of Refusal FHA Rules With this mortgage letter the "Right of First Refusal" itself is no longer an issue.   I am still looking for Information on how an underwriter will evaluate the "Reserve Study".   I do know what the document is but do not know the critera that will be used to determine if suffecient reserves exist.  Your post caught my eye mostly because you mention the recent $4,000 Special accessment.  You may know that in the past FHA permitted Spot Approval, That is now gone.  It appears this Mortgage Letter is intended to Limit FHA Buyers from purchasing homes in Condo's with underfunded Reserve Accounts.

I am a disabled vet, lost both legs in the war and could use my VA guarantee loan buy a condo because of the First Right to Refusal clause.  I got a loan using FannyMae and was stuck with a monthly PMI.  Now I'm trying to refinance to get rid of the PMI using my VA loan and the VA has denied me due to the Rights to refuse clause.  THIS IS A NATIONAL PROBLEM for all vets wanting to buy condos.  What can we do? 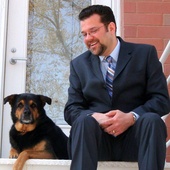 Your guide to Real Estate in the Fort Lauderdale area.