St Augustine, the oldest city in America, is preparing for a milestone birthday.  A 14-member Commission has been formed to develop plans for the celebratory event in 2015.  The commenoration will feature significant events, festivals, re-enactments and exchanges and displays of Native American, Africian American and European cultures.

The city's history is truly unique.  Before the 2015 birthday bash, the city in 2013 will celebrate the 500th anniversary of Don Ponce de Leon's discovery of Florida in 1513.

With over 46 million people of Hispanic orgins living in the United States, this will be the landmark event to experience their cultural heritage.  At the same time, Spain will be celebrating the 200th anniversary of their constitution.

St Augustine is home to many milestones in history such as the first Mass was celebrated here.  Among the invitees will be the Queen of England, the Spainish Royal Family, the Pope amongst other dignitaries.

Major Jeanne Zeidler of Williamsburg, VA, who also headed the 400th celebration for Jamestown, Williamsburg and Yorktown in 2007 has been hired as a consultant to the city to assist with planning for the event.

St Augustine has been making infrastructure improvements, such as restoring the three original Flagler fountains.  In addition, it plans others such as the seawall and other downtown improvements.

We hope that everyone will come and join us for this historic event.  THE BAGG GROUP, www.beachbagg.com, 904.599.2029 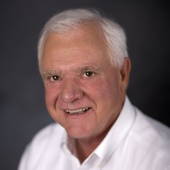