A Seattle man described as one of the world's "top ten spammers" was arrested Wednesday and the cops say you could see a decrease in your junk mail with him behind bars.

Robert Alan Soloway was arrested after a 35 count federal indictment charged him with with mail fraud, wire fraud, e-mail fraud, aggravated identity theft and money laundering. Looks like Robert has been a very busy boy.

"Prosecutors say Soloway used computers infected with malicious code to send out millions of junk e-mails since 2003. The computers are called "zombies" because owners typically have no idea their machines have been infected.

He continued his activities even after Microsoft won a $7 million civil judgment against him in 2005 and the operator of a small Internet service provider in Oklahoma won a $10 million judgment, prosecutors said."

Spammers cause huge problems on the internet with their reckless business practices and worldwide the people like Robert cost businesses and their customers an estimated 20 billion dollars a year in lost productivity dealing with spam.

Like
Robert Cramer
Five Star Property Inspections - Belleville, IL
Damn, and I thought I was bad.....just kidding.  Your right lock him up.
Like
Peter M . Christopher
Fairfield County Home Inspection LLC - Fairfield, CT
Residential & Commercial Inspections in
If only they could do some thing about the telemarketers.
Like
Eileen Landau
BAIRD & WARNER, NAPERVILLE - Naperville, IL
ABR, CRS, e-PRO

Let's get the other nine and then we can get back to using email.

Like
Ann Cummings
RE/MAX Shoreline - NH and Maine - Portsmouth, NH
Portsmouth NH Real Estate Preferrable Agent
Lock him up, throw away the key, and force him to eat SPAM every day he's in jail!
Like
chevron_left
Older Post
Back to Top
Newer Post
chevron_right
Rainmaker
609,317 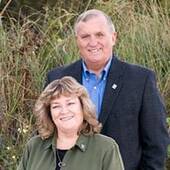