Is it too late to put the money back under my mattress?   Your best bet is to still shop around when looking for good deals on money markets, checking accounts and mortgage rates.  Your corner bank may have a better rate, but may not be around when you need them.

I found a useful tool on the internet recently when I was curious as to how local banks in the Fox Valley area shape up compared to the rest of the country.

A few local banks I thought of included Harris, First American Bank, Elgin State Bank and West Suburban Bank.  All the banks I found were ranked on BankRate's star system, Safe and Sound, with 5 stars being the Superior rank, 4-Sound, 3-Performing, 2-Below peer group and 1-Lowest rated.

Here's what I found in Illinois:

Harris got 5 stars/Superior for Central National and 3 stars/Performing for Harris National Association.

First American Bank ranked at 2 stars/Below Peer Group for its Illinois location at 60110.

And Western Suburban Bank rated at 3 stars/Performing but they are apparently doing better than the larger First American Bank franchise.

There are just over 40 banks in Illinois that ranked 5 stars according to BankRate, so there are plenty more local banks that are not top notch, according to this system.   I'd do some extra homework on BankRate and find out who the best and leave the rest. 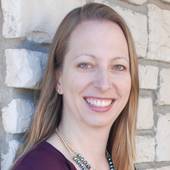