RE/MAX continues to lead the way in national television advertising at a time when competitors are cutting back on spending and even canceling entire national campaigns. Nielsen Media's first quarter 2009 research showed RE/MAX holding 99.9% of the national share of voice in television advertising, with an estimated 1.2 billion viewer impressions. That means that nearly every real estate commercial that the consumer hears, is about RE/MAX.

No other company can show better exposure to home buyers. Great news for those who want to sell their homes and have them listed with a RE/MAX agent! 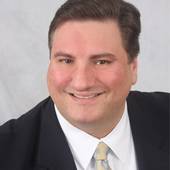