I feel like I have been preaching for the past year and no one in the media has been listening!  Now, is just a week, we have had two POSITIVE articles reflecting what I have been saying - the economy in Baton Rouge is good and the Greater Baton Rouge Real Estate market is doing just fine!  Baton Rouge has been named the #8 city of it's size in the nation to best weather the recession.  Then a separate group, the Local Market Monitor, has just put Baton Rouge on a list of markets with the best expected performancein home prices over the next 12 months amoung areas with populations greater than 600,000!!!!

The news media has fueled the fear in the market by continually pointing out that our market is off 20% over this time last year.  Well, they seem to forget we had a hurrican on Labor Day that took months to recover from - in fact, people are STILL waiting to get roofs, barns, etc. repaired.  In spite of the number of sales being down, the prices on our homes remain steady.  it's true if someone bought at the height of Katrina sales, then they will lose money if they have to sell at this time.  But, for everyone else, it's a great time to invest in our market.

I spoke to a fellow REALTOR the other day whose wife had lost a ton of money in her 401K.   They decided to cash out part of it and buy more rental property that would actually give them a 4-5% return yearly, plus cash on cash return right now.  it's never been a greater time to get the news out to the public.  The Pat Wattam Team will continue our quest to do so!!

That is good news for you and your real estate market. 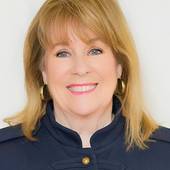