Today’s lesson of the day: “If you are renting out a unit that has not been permitted for occupancy, don’t count on being able to collect a judgment against a tenant who defaults on the rent.” Read More

Maria Espinoza had rented a unit to two tenants, Gudelia Calva and Jorge Soqui, and after three months of not collecting the $750 monthly rent, Espinoza had them evicted. The eviction action was upheld and the landlord was awarded possession of the premises, but the tenants had raised various claims about the sub-standard conditions of the unit, including the fact that it had not been certified for occupancy.

The court ruled that the tenants had owed $3,350, but the amount was reduced by $1,000 because of the condition of the property.

For some reason, the case was appealed. The appellate court upheld the eviction, but disagreed with the first court with respect to the amount due from the tenants. The court referred to the fact that the Santa Ana municipal code prohibits the use or occupation of a building “until the building official has issued a certificate of occupancy,” and because no occupancy permit had been issued, the court held that “the occupancy was unlawful and the lease constitutes an illegal contract.” Therefore, they ruled it was incorrect for the first court to have given an award of any rent at all, and they ruled that no money was due.

Was this ruling a good thing or a bad thing? Some of the unintended consequences will include a reduction in the number of affordable rental units due to the fact that there are a significant number of unpermitted rental units.  Many of those units could never be permitted because of various zoning and building ordinances. Many landlords of unpermitted units will take them off the market rather than run the risk of collecting nothing in an eviction action.

This is a huge win for tenants, and this court decision certainly diminishes the appeal of being a landlord - but is it really that bad? Should landlords have been renting out units if they were not certified to be occupied in the first place? What do you think?

Niman - I'm going to side with the tenants.  For way too long, I have seen how landlords around here have milked the entire rental market by engaging in illegal conduct.  I have seen landlords violate occupancy laws by renting to too many people in too small of a space as well as renting out illegal space (which is what unpermitted space is).

For too long, society as well as local and state governmental agencies have turned a blind eye to this kind of operation at the expense of the poor tenant.  It's about time landlords were held accountable to their illegal conduct and behavior and hopefully in the future will now be held to a higher standard than they have been in the past.

I'd have to agree! I typically will side with Landlords because that's who I identify with - but I totally disagree with landlords that don't follow the rules. Serves them right!

Hi Allen - happy to share, thanks for stopping by!

I'm sorry if this isn't relitive but I was just evicted from my home. I was evicted because I was withholding rent because of a broken septic system that had raw sewage coming into my house. My landlord aslo stated in court, to the Referee, that she also wanted me out because of my disabilities. This Referee side with my landlord and told me.."You need to get out Mr Stone, you need to leave." There is so much more to this but I'll leave it at this for now. Can I do anything to the referee?

I just found out today that the home I've rented is probably not permitted. I just moved here 7 months ago. 1 month ago the landlord moved in new tenants next door on the same property. Things got fishy from there. The landlord refused to set up separate pge accounts so we don't get pushed up into the high price energy rate brackets, even tho we're two totally separate households. And we both have the identical address. And there are now a number of other things that don't add up.

I feel so ripped off. I'm older and it's so very difficult to move. I thought I was moving into a stable, legal living situation. I can now see that all the wiring under the house is run without conduits. And on and on.

What are my rights? What can I do?

Janet Portman is a an attorney and nationally recognized specialist in landlord/tenant laws. She is the co-author of Every Landlord's Legal Guide and Every Tenant's Legal Guide.

I think this would be a great question for her, you can ask her here.

Niman, can u find a case reference, please.

I'm as a realtor sick people pushing 2br house as a 4 br, or renting out a converted garage as a guest house.

Some of them really not live-able!

Tenants not always know their rights, but why realtor support them in doing this? At least, disclose in private remarks that all additions to an original house are not permitted and don't call a living room bedroom #N. It is not!

i disagree with you all above there are some landlords that are very good to their renters and treat them with respect but when a tenant starts disrespecting the landlord and allowing other family members to live with them,that's when eviction comes in and they go running to the city or housing commuity to report you then to ask for relocation money because now they want to screw or get even with the landlord after he live there for 2to3 years with no problem, even though there are some honest landlords that don't know the city requirements to rent are the bad one's. but i thing the city should do a background check on the tenants to see if they do things like this in the pass,( WHAT DO YOU CALL THEM SQUATTERS ) but every body looks at the tenants that there so perfect people. and don't look what they are capable of destroying landlords property so go ahead with your me o my about landlords 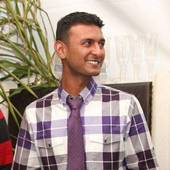