Move over, Luke Skywalker and the Enterprise crew!

This is no joke! "Spaceport America," just outside Truth or Consequences, New Mexico, just broke ground last week, and tickets are already available to book your personal flight into space!

All you Trekkies, would-be Jedi, and Hitchhikers of the Galaxy, you actually can buy tickets for your first trip into space right now--- in fact, according to a recent article in the Albuquerque Journal, three hundred people have already bought their spaceflight tickets!

Virgin Galactic is selling tickets for their upcoming public spaceflights--- for a mere $200,000 apiece!

Virgin Galactic President Will Whitehorn claims they already have $40 million in deposits onhand from would-be spacefarers. Groundbreaking ceremonies at the Spaceport America site in Sierra County, NM, took place last Friday, and construction of the spaceport is scheduled to begin in July, with the first project being the construction of the 10,000 foot long runway. Bids for the spaceport terminal, which will look something like a flying saucer, are expected to be in place later this year, and completeion of the spaceport is expected in late 2010. New Mexico state officieals are touting the spaceport as a great new economic engine for the state, with about 400 jobs expected immediately just during the construction phase. George Nield, associate administrator of NASA's Office of Commercial Space Transportation, was quoted as saying that the new spaceport will transform "New Mexico into one of the nation's gateways to space."

The new spaceport's location is a couple of hours drive south from Albuquerque, New Mexico, and should generate some more tourist revenue for our Land Of Enchantment!

(The cute clipart above came from a free clipart site http://www.webweaver.nu/clipart/space/ships/ )

Hard to believe some company is actually making money booking "space vacations" in my lifetime! 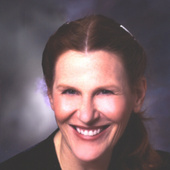 This blog and our websites all provide current tips, updates, community news and information relevant to buyers and sellers of real estate in Albuquerque and surrounding areas, plus news and resources for New Mexico horse owners.