I don't care what your political views are... this is a MUST READ for all red-blooded Americans.

See below President Obama's response when he backed off from his decision to have the military pay for their own combat and war injuries! Open the objective part of your mind, and take another look at this man. THIS .. from a President of the United States of America?! .. IS (almost) UNBELIEVABLE!!!

***************************
Bad press, including major mockery of the plan by comedian Jon Stewart, led to President Obama abandoning his proposal to require veterans to carry private health insurance to cover the estimated $540 million annual cost to the federal government of treatment for injuries to military personnel received during their tours on active duty.

The President admitted that he was puzzled by the magnitude of the opposition to his proposal.

"Look, it's an all volunteer force," Obama  complained... "Nobody made these guys go to war. They had to have known and accepted the risks. Now they whine about bearing the costs of their choice? It doesn't compute.."

"I thought these were people who were proud to sacrifice for their country," Obama continued. "I wasn't asking for blood, just money. With the country facing the worst financial crisis in its history, I'd have thought that the patriotic thing to do would be to try to help reduce the nation's deficit. I guess I underestimated the selfishness of some of my fellow Americans."

WOW!!! Send this to everyone, to show our President's regard (or lack of it) for OUR military - those who fight and get hurt doing so for OUR COUNTRY!!

I'm looking for an authoratative source for the "complaints" above: CNN, NPR, ABC, etc.  Thank you.

The media would have been all over this if it were true... Stop playing games and vote him out next election if you don't like him. No one likes liars.

Just posting interesting information that has credible sources, so if you don't like it don't read it. No one like Ass Holes either Hippo.

It isn't true.  I know the guys an idiot but this was a satire written by John Stewart when Obama proposed this.

Edward your wrong it is totaly true. http://www.cnn.com/2009/POLITICS/03/10/veterans.health.insurance/

Starbuck: Edward is only half wrong, or half right as you prefer. The true part is that Obama, given the sorry state of the economy left him by the former administration was trying to find ways to cut costs. It was a bad idea which he admitted, to his credit. The untrue half is this: "Made-up Quotes.To start, the e-mail's anonymous author offers no evidence to substantiate the disparaging remarks about veterans that he or she attributes to President Obama. White House spokesman Tommy Vietor told us that "these quotes are fabricated."

"Our own research backs that up. We searched news databases and turned up no news organization that has ever quoted Obama this way. We conclude that these quotes are simply made-up, and perhaps intended as satire."

This is Stewart satire. Some nutcase just picked it up as truth either to cause more hatred or because he/she (I think it was a vet's wife) just didn't get the satire or didn't investigate it as happens so often with these outlandish statements.

GWBush was no favorite of mine. But I did not send lies about him. There was no need, as the truth was pretty sad.

Also, a little grammar lesson: The contraction (used with a form of the verb "to be") for "you are" is "you're", not "your" (an adjective or pronoun).

I am  amazed at the legions of people who blindly follow any man or politician. Quoting things that the politician said themselves about GW. No actual facts just the same liberal montra. I hear a sucking noise and it is making me sick. Regardless of wether the President said those exact words or not. The mere thought or suggestion that private companies or the veterens themselves fork over money to pay for their war injures floors me. Even brings me to tears, so many young women and men have given their all and it is not the stinking putrid politicing government in washington that is hurting from this economy. It is average Joe and Joann, why does this president you love so, not give up some of his unnessasary lap of luxary living and self pampering? Why does this congress keep sucking us dry like a vaccume with debt and why does the man that took an oath to protect the Us who is supposed to serve us not government break that sacred oath. If anything veterens should recieve more and better care than they get. They have given enough. Anyone who agrees with any suggestion that veterens or private companies should pay for war injures is taking their freedom for granted and the blood of those who have faught for our freedom cries out. Not just those that died in war but the injured and maimed and those that died a slow death after war from the grief of what they experienced and to this day are still haunted by what they went through. How dare anyone justify this premise. the roll of our federal Government is so blurred now. They are supposed to protect us from all enemies foreign and domestic we are supposed to have a voice but instead we are ignored.

I can not believe that the so called commander in chief would do this to our men.  Why doesn't he give up his insurance and start paying for in out of his pocket.  The National debt?? Tell him to stay home and have dinner like the rest of us.  The expendures for him to go to NY and other places is out of this world.  Tell him to cut back - what he spends on dinner would pay the insurance for hundreds of our military men.  What a !@#$%^ 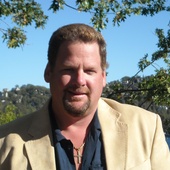