I thought this was a great article on the impacts of the Cap and Trade law passed by our House of Reps. Please Please Please call your Senators and express your position against this. It's not to late to stop it.

Real estate is local when it comes to market conditions and market trends. Real estate differs from region to region in styles, architecture and amenities generally speaking. For instance; in Florida fireplaces are not the norm whereas in cold winter areas such as Colorado, fireplaces are a standard addition to a home. In some areas of our country people have wood burning stoves and others have coal burning furnaces. There are areas of our country such as here in Florida where you would not dare live without Air Conditioning but in many homes in Washington for instance, air conditioning is more of a luxury than a necessity.

So when we are discussing the effects of cap and trade in your real estate business you will need to take into account the region in which you live as some areas will be more effected than others. You can move your mouse over the map and see who voted, what party they belong to and their district. You will be able to see that no matter whether they were democrats or republicans if they are in the farm country of America, high manufacturing areas of America, low energy bills of America and the heartland of America- they voted NO on this bill and for very good reasons.

But direct energy costs are only part of the consumer impact. Nearly everything goes up, since higher energy costs raise production costs. If you look at the total cost of Waxman-Markey, it works out to an average of $2,979 annually from 2012-2035 for a household of four. By 2035 alone, the total cost is over $4,600." Heritage Foundation.

Instead of calling this to Cap and Trade- We can really call it the Tax On Electricity Bill.

The House is at it again. This was a 1,300 page bill and again as with so many large bills was not read by most of those that voted yes or no. What is it that they don't get? The American people expect our leaders to read what they vote on.

So what else is tucked away neatly into this bill that perhaps no one knows the full implications of yet?

How about the Federal imposition and takeover of building codes? Your local planning and building offices will not be qualified for any Federal funding of any kind unless they adopt what the FEDS say is the new energy efficient building standards. This will create higher prices in building new homes which is then passed on the homebuyers and then you as a real estate agent are also effected because less buyers will be able to afford to buy a new home built . Not to mention having to wait for the Feds to come and inspect the builders and the homes.

How about the new Federal Energy Nazis Inspectors who will come and rate your home before you can sell your home. So before you can list a home for sale, the seller will have to wait for the Federal inspectors to come out. DMV lines anyone? Once that inspector comes out, he or she will give the home an energy rating. If the home does not meet the guidelines the seller will be required to do the work necessary to bring the home up to energy standards before they can sell the home! Can we say money? Does that mean that there will be homeowners who will become prisoners in their homes because they can not afford to make the energy repairs that the feds require? Is that an invasion of your privacy as well as an attack on your property rights?

Hmmm, how is that going to effect short sales where the seller has no money to make the repairs and adjustments?

I wonder if our House of Representatives and our Congress men and women EVER thought to actually ask us in the field working this business day in and day out how these bills will effect the housing market?

Of course, the US will be living Cap and Tax while the real perpetrators of dirty air like China and India get off scott free. There will be an unfair advantage in pricing products and manufacturing to the point that if a US company even stands a chance of staying in the manufacturing business will have no choice but to move their company oversees which in turn will cause a massive layoff of people increasing the already high unemployment problem we are facing in our country.

If you are an agent in America's farmland you will begin to see farms no longer being able to produce a profit. Farms use a lot of energy. Energy use will be punished. This is why nearly every politician from a farm land state no matter what party they are affiliated with voted no to this bill. Their districts will suffer terribly. As this happens we will be buying more and more produce from other countries with far less health standards than our own. I don't trust foods, especially produce from China or other countries except Europe. But we don't import our veggies from Europe!

When it comes down to the nitty and the gritty about this bill you must remember that GE is the biggest supporter of this bill. They stand to make billions of dollars from the passage of this bill. The politicians voting yes on this bill, many of them are getting paid to vote yes. And Al Gore will become the very first GREEN billionaire. It is just too bad that he is not a real capitalist. He could not become a billionaire playing fair and square. Instead, he has an unfair advantage, legislation to make him filthy rich. Not exactly the free market way. It is all about the money.

Contact your Senators now to vote NO now. Click on this link to find your Senators and contact them by email, phone and fax today. Let them know how this is going to effect your business and your community homeowners and buyers. Pass this on... 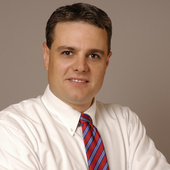 over 13 years ago
bookmark_border
How Will Cap and Trade Effect Your Real Estate Bus ...
View more Recent Posts   arrow_forwards