My in my last blog post a mid-year update to my 2009 market and economic predictions I got multiple comments about the economic threat of inflation or even hyper-inflation rearing it's ugly head.

"It will be interesting to see how those TARP funds play out and what the aftermath will be.  My guess will be massive inflation.... think about it this way."

"One thing is for certain. If inflation rears its ugly head, interest rates will increase to combat that."

"Still have you noticed how no one is talking about the inflation rate?   We know that in order to spend the "trillions" that more money will have to be printed."

This also seems to be the common thread in the media and much of the financial world, everybody is expecting or thinks we are currently experiencing a huge, hidden inflation.  I'm going to lay out the case, why I not only don't any evidence of it, I expect the opposite, a very deflationary outcome, over the next several years.

Truth be told the central banks around the world, including our FED, are desparately trying to return to an inflationary environment.  There is nothing they fear more than deflation, but their efforts to reignite the inflationary engine can only be described as an epic failure.

We already had the massive inflation through credit expansion

For about a 5 year period between 2002-2007 and maybe a little bit before the US went through a massively inflationary period, not represented by the standard government inflation or money supply numbers. It was caused by what many sometimes refer to as the "shadow banking" system (because it doesn't show up in the numbers) that drove massive credit expansion.

Not that it was exactly very hidden.  It drove speculative bubbles all around us, both residential and commercial real estate, commodities, corporate debt fueling leveraged buy outs and equities.  If you believed the CPI numbers published you saw inflation rates of around 2-3% during this period.  Several economists have calculated the real inflation rate was actually somewhere between 10-15% annually during this period.  This lead to both real interest rates that were very negative, and also a very negative real wage growth.

The last year and a half we've seen the exact opposite, a massive credit contraction, driving deflation across almost all asset classes.  Just as the government numbers as an artifact of what they measure severelly understated the inflationary period they are massively understating the amount of deflation that is ocurring.  Look around at real estate, stocks, bonds, commodities.  Do you see rising or falling prices over the last two years?

Credit destruction is MANY times larger than credit creation

The most common inflationary argument is the FED and other central banks are printing trllions, upon trillions of dollars that are being pumping into the system.  While there has been a couple trillion in money put into the system, the actual amount used to monitize debt through quantitative easying is only around a trillion or less.  Now counter balance a trillion vs. over $50 trillion in global wealth destruction in 2008 alone.  What's the bigger number?  To put in bluntly the FED and other central banks are merely pissing into the wind with their efforts.

For those people worried about imminent hyper-inflation, it might be worth looking historically at characteristics of hyper-inflationary collapses.  There have been dozens of well documented ones throughout history, some of the ones that come of most peoples minds first are the Weimer Republic in 1920's Germany and recently in Zimbabwe.

Hyperinflation almost always occurs following a severe deflationary collapse.  While I've made my case we are experiencing deflation right now, we are no where near what would be considered a collapse, yet.  It also ocurrs in a countries that base purchasing power on a stable foreign currency.  In other words if you have the world reserve currency like the US dollar, it is near impossible to get hyperinflation.  It's much more likely you see hyperinflation in foreign countries that attempt to peg their currencies to the US dollar, which would result in a relative strengthening of the dollar.

I could see us, creating a setup for hyperinflation if the dollar looses reserve currency status, and we experience a deflationary collapse, but it would take us several years to get there.

Ok, so I've gone on record saying I expect rising interest rates and possibly a crash in the US Treasury market within the next year.  If rates are rising doesn't that imply inflation?  Well not exactly...

Inflationary expectations are only one component of what sets interest rates, the other major one is risk of default.  The higher the risk of default the higher rates must go.  It's this rising risk of default that I expect to significantly push up rates not inflation.  In fact the rising rates may have a highly deflationary impact as it will further choke off credit, stalling economic recovery. 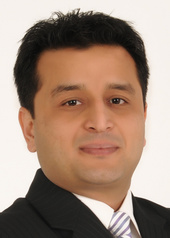 over 11 years ago
bookmark_borderbookmark
10 Questions You and Your Buyers Must Ask Before P...
View more Recent Posts   arrow_forwards