A: There are 2 reasons a borrower's score may differ between credit reports - even if those reports were produced at virtually the same time.

1) Different Repository Data
This accounts for most of the score differences.  Remember that the FICO score is based on what's contained in that consumer's repository file at the moment the score was created. If an item has been updated (e.g. a balance changes, or new delinquency appears) the resulting score will change. Even the existence of a new revolving or finance account inquiry will have a negative impact on your borrowers FICO score.

A common reason for differences in repository data (and consequently FICO scores) are data set issues. Here's a frequent occurrence,

You run a credit report on Bob Smith, and use his current address where he's resided for the past year. The lender then runs a credit report under Robert A Smith Jr. (the applicant's full name) and also includes his prior address of 10 years. It's a virtual certainty that these variations will return different credit data, and different FICO scores. To avoid these and other problems caused by data set issues (missing files and scores, merged or mixed files...), make sure you run the applicants full name, including any suffix and at least two years of residence history

2) Different Scoring Models
Make sure you're comparing "apples to apples." Look at the scoring models used when comparing credit reports to make sure both reports are using the same FICO scoring models. Currently utilized  models include,

Read the rest of this article at http://www.ctne.ws/pj3 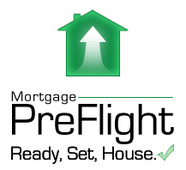