Home > Blogs > Sandi Lincoln > Sandi's Blog
bookmark_borderbookmark
OH BABY IT RAINED! It's been raining on me ALL WEEK!! But we held our Relay for Life EVENT at our local mall (and it really made the time pass while WINDOW SHOPPING!!!) And the food was WAY better than eating on the area football field!!! My friends and I had a wonderful FIRST year and KNOW it's the beginning of an annual event for us! THERE is nothing more MOVING than to be in the presence of SURVIORS and CAREGIVERS and to see their strength and it humbles me in all my presumed DRAMA. This is my son's second year (he's 5 yrs) and last year I just volunteered to help at the event...not really knowing what it was, but agreed to help my friend who was the co~chair. LAST year, Hunter at 4, stayed up until 4 am walking with the best of them. THIS year was no exception. HE walked and skipped and hopped until the wee hours of the night. YOU SEE, Hunter was only 6 months when his Grandma Judy died of brain cancer. His Grandpa Tom has been fighting another rare cancer for two years also. I RELAY for my husband and my son's. I believe this is a cause where any effort can really make a difference! You can see by the many who are surviving that great strides are being made in treatment. It's so so sad for those who lose that battle, but I hope and pray efforts can even ease that pain. SO HERE ARE A FEW PHOTO'S of last nights Relay event and I hope you enjoy them!!! ***also WE WERE TEAM COSMO (kind of a SEX AND THE CITY theme for Little Black Dress Night,) so the pics of us holding what appears to be COSMO'S is only low cal cranberry juice as this is a nonalcohol event... just in case someone notices Hunter is ALSO holding a glass!!! ha! CLICK ON PHOTO FOR ALL THE PICTURES!! AND LAST YEARS PHOTO'S

It's with great sadness that I must add that my father-in-law, Tom Lincoln, lost his battle with cancer on October 13th, 2007. We were blessed to be with him at the time of his passing, including Hunter, now 6 yrs old. Tom's strength during this hard fought battle inspired the entire community, and the entire community grieved his passing. He was a gift to us all and will be greatly missed. We will continue our fight against cancer with the same passion that Tom served everyone he knew.

Please log in or register to comment
Log inJoin now
Show All Comments
Dawn Workman
Veracity Real Estate Group, LLC - Camas, WA
Camas Real Estate Expert, MBA, 480-540-8100
I am sorry to hear about Hunter's grandparents.  I hope his grandfather puts up a good fight and is around to see Hunter's children walking in the Relay for Life as well.
Thank you, and Hunter for making a difference!
Like
Lynda Eisenmann
Preferred Home Brokers - Brea, CA
Broker-Owner,CRS,GRI,SRES, Brea,CA, Orange Co

Thank you so much for sharing your great event. The Relay for Life is well know among my family in CA. We've had family and friends do it many times.  This year it means more to me than every, more cancer in our family. This is not something I've written about on AR so far. It's just too close to home right now, maybe later.

Thank you again for all your efforts and thank you for sharing your story!

My best to you and yours.

What a great story!  It's so cool that you didn't let the rain dampen your spirit.

All the best to you...keep up the great work.

Thanks so much for the comments! It means so much, you have no idea! Have a blessed week and keep getting by giving!!!!

Like
Gary White~Grand Rapids Home Selling Pro Call: 616-821-9375
Flexit Realty "Flexible Home Selling Solutions" - Grand Rapids, MI
Real Estate Services You can Trust!
Sandi, thanks for sharing the event and photos with us.  Good for you that even the rain didn't stop you.    Great story and great post.
Like
Sandi Lincoln
Century 21 Preferred - Mason City, IA
Update and photo's.
Like
Please log in or register to comment
Log inJoin now
chevron_left
Older Post
Back to Top
Newer Post
chevron_right
Rainer
10,648 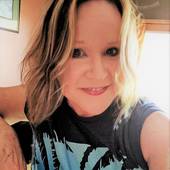 My blog is my opinion at any particular time on any particular topic (usually REAL ESTATE) I reserve the right to edit, clarify or outright change my mind. It's my prerogative. I'm a REALTOR.