I am hearing more and more the discussion of Bing making a dent into the world of Google.  Now being a big Google user myself, I was curious to see what all the fuss was about.  I am a big maps guy, love them, always have.  I can honestly say that Bing maps are far superior to Google.  Especially in a more rural area like Martinsburg.  I read a interview that was giving by the CEO of Google that said that he was not worried about Bing, stating that Microsoft has tried to bring something new out every year to try and compete with them, to no av-ale.  But if I where Google I would not count out the boys from the Pacific Northwest just yet.  Even with Google and to a lesser extend Yahoo, dominating the search market, Bing is now a player in this game.  It will be interested to see how this goes.

Not something I am looking for ...After spending over a year to optimize my webpages for Google, I really wish Google stay the main search engine for a while...

I really like your post - I just wrote about how google caught bing stealing results from them and that's what brought me across your great post here.

Here's a link to mine - what do you think? 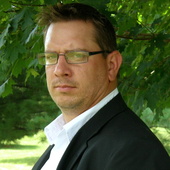