I found this in my inbox today.

My local board, the San Antonio Board of Realtors® (SABOR), who I recently praised for making an honest attempt to bring our association into the world of social media, sent it out in our Monday update email.  I saw it and noticed it was touted as a "hands on" course about social networking (in the actual email).  You can imagine that I was thinking, "what a great idea!"  I was...for a moment.

What I quickly realized was something that I think will either a) keep people from getting involved or b) get agents to throw money at something looking for the next golden ticket.  I truly hope I'm wrong.

I know some agents have used Myspace and had some success with it, but isn't teaching Myspace to Realtors® like teaching modern man how to light a fire with a rock and some twigs?  Ok, so maybe I have a personal problem with Myspace and the waste of internet bandwidth that it has become, but wouldn't it be better to be talking about next generation tools and capabilities?

You want how much?

Granted this is supposed to be an eligible for 8 hours of MCE credit (although that is still pending according to the flyer), but $125 ($150 at the door) to learn what you can most likely learn on your own for FREE?  Just seems pretty steep to me.  I hope it's not another case of agents being fleeced for their cash in the name of "technology."

I actually know of Susan Price and Firecat Studio through Twitter and some locals who have mentioned the company before.  I don't know much about Greg Palomino though, so I thought I'd google him and see what I could learn.  Here is result #1 on Google for "greg palamino" (if you're easily offended skip past the graphic and onto the text):

I know nothing about this guy, so I don't want to say he's a "guru" or not (I still hate that word, just so you know), but when the first hit on Google references the male reproductive organ being "huge," I kind of have to wonder if this is what SABOR intended.  Don't get me wrong, I can laugh over just about anything and am not easily offended, but it just seems odd that someone who is teaching a class in "Facebooking Your Image" to real estate professionals might not want to have something like that associated with them and their (gag) Myspace page.

If anyone plans on attending this, please let me know how it goes.  I'll take my 8 credits on something else.  If it's the best thing ever, I'll admit I was wrong.  I wish they had hired @KGBTexas to do more.  Good luck to everyone and I hope I'm completely wrong.

flyer created by NavarretteGraphics.com and sent by SABOR

I've spent almost no time on MySpace.  I think I set up a profile because my brother needed to send me something a couple of years ago.

Christine - I only ever used one because of being in a band and I hated it.  It's a cesspool in my opinion - bad code combined with spam makes for an ugly world.

Matt, just about anyone can be a social media guru, and I agree that for Realtors in general MySpace is not the place to go for connections. Pretty pricey isn't it? Maybe you should do your own seminars, proclaim yourself a guru, and rake in some extra dough on the side.

Gary - You know what's sad about your idea? I know I could do exactly that. Of course, my programming doesn't allow for that kind of thing.  I refuse to proclaim myself of something that seems to evolve everytime I look.  I really hope it's worth the money, but I'm not going to test it to find out (and especially since the credit aproval is still pending).

Wow, guess he must not Google his own name, yikes!

Why don't you just call them up and offer to teach the class?  You could do a better job... of course maybe Gregario has those other talents...

The class will probably drop out of real estate !

It pays to pay attention to your name on the search engines. I Google alert my name so I can see any postings that mention it, and I do maintain the top two spots and most of the rest. Thank God I am not Ron Jeremy, Realtor.

This is just the flavor of the month, pure & simple.  People looking to cash in on what's hot today.  Tomorrow there will be something else.  If history has taught us anything it's that a fool & his money are soon parted.

Take you money a buy some lottery tickets.  I think the odds are better for you there.

Matt: It never ceases to amaze... It's interesting how many 'boards' kind of get it, but not really. But they don't know what they don't know. We try to help, but there are no shortcuts. What I love about social media is the transparency of it all. It is baptism by fire in many cases. I'm thinking there are a few at SABOR eating a great big piece of humble pie today. Great post as usual...

My 14 year old doesn't use my space because she says there are only weirdos and little kids on it. (probably a bad combination)

Featured in The Vent

Kevin and Monica - The thing is I don't think he minds that portrayal of himself as he is some sort of dating expert.

Lane - I'm going to get my feet wet first, but I do have my eye on some teaching.

Michael - And that theory upsets me.  I often wonder if we're letting our own industry attrition rate rise because we're not giving everyone the tools they need.

Joe Pryor aka Ron Jeremy - That joke made me laugh.  What would you do if you had been born with that name?  Do you think you would change your name for the purpose of real estate?

Russell - And that's what scares me.  If they just throw some classes together and get their money and move on, have we really accomplished anything?  Nope.

René - I'm not sure if any of them have seen it.  If they have I'm sure they're cursing my refusal to not point out like things like this.

Susan - I had to maintain my band's Myspace page for awhile.  I hated it after spending years building our insanely huge site.  Suddenly I was back to the days of "flame wars" on BBS and early AOL.  I felt like I had stepped back in time.  Thanks for the feature.

Matt - LOL, not sure how I missed this post but it is great !  Things have been so crazy the past few weeks have not spent as much time in the Rain other than trying to get some blog content out there !  Is a shame that such an exciting opportunity for agents to learn more about technology may not be that exciting at all.  Not for nothing, it is not an easy class to teach per se.  Furthermore, there are so many "gurus" out there now as well.  At least there are the RE Bar Camps !  However, the one that came to Philadelphia, there were so many more people from outside of Philly versus agents in Philly that attending.  Was kind of weird.  Hope all is well with your transition so far to your new office !

Chris and Stephanie - Transition has been excellent.  I'm loving life in the new office.  It sounds like you've been busy and I know the feeling at the moment.  I keep having to squeeze in my blog posts and my commenting is way down.

I also wrote a bit of a followup to this post over at AgentGenius - "Educators: Stop Faking It."  It has the same premise - "expert" tells me how to Twitter and when I look him up, he has a total of 11 updates.  Ugh.

Glad to hear you're doing well over there.  Tell Philly I miss it (him?  her?).

Matt, from what I know it seems that the BOARD canceled this class....hmmm, curious.

This just confirms my intention, made about 5 years ago, to never go to another course at SABOR. One I took was lame, and the other one was pretty useful (the handout was, anyway), but we sat in the classroom after the instructor finished for 45 minutes waiting until it was time to leave. I thought I was in detention or something.

Sheila - You had mentioned that.  Hmmmmmm.

Robin - You sat there "waiting?"  That's ridiculous!  If SABOR allows that, I have a serious problem with that.  Good thing I am trying to join some committees.

ARGH!! this is quickly becoming a pet peeve - Myspace - are they kidding? First of all you know when something isn't cool anymore - when you're parents start joining and thats where some social media is heading, when businesses bombard social media trying to sell them selves it turns people off - I hope these classes teach - be normal, be relevant be interesting - otherwise be gone.

Even SABOR can make a mistake.

As for their classes, all have been very good, IMHO.

Room to improve in every organization...even SABOR.

As disclosure, Matt and I are on the same committee at SABOR.

OMG your board sounds like our board, behind the times 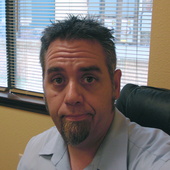