They say blogging is a skill, and that anyone who is determined, persistent, and takes the time to hone his writing skills and learn what moves his audience can be a good blogger.  Of course those that say that are already great bloggers, who appear to do it completely naturally and effortlessly.  Sure, it's easy for them...they're smart.  What are you supposed to do if you don't have an original thought in your head or the patience to develop one?

Never fear!  There is hope!  You can always be a cowardly blogger!  Cowardly blogging is a skill in it's own right, but you'll probably find it easier to master because there's no creativity involved, and it takes much less time to make a name for yourself.  You just have to master a few key concepts.  Before you know it you'll be able to capitalize on the popularity, intelligence, and creative writing of those other bloggers whom you hate so much.  Think of all the attention you'll get without doing all the work!

I could write a whole book about cowardly blogging, but I'll save most of that information for other blog posts, or perhaps a future book.  For now, let me just lay down a few basic points.  A cowardly blogger shys away from expressing any opinions in his blog.  It's better to be totally politically correct than risk angering or alienating someone who might read your blog.  Usually cowardly bloggers just stick to market reports, or reporting the news. Sure, by the time most people read a cowardly blog, they've already got that same information from watching the news on T.V. or Bloomberg or Yahoo, but hey...it's safe!

I'm not saying cowardly bloggers are boring people....oh no...far from it.  But there is a time and a place.  You don't have to always hide from controversy.  On the contrary, you need to embrace it!  The problem with controversial blogging is (it's not cowardly) that a blog is a tool that's attached you your name and your professional reputation.  If you were to be controversial on your blog, you might actually make people think...and some of those people may think that they don't like you very much.  Besides, being controversial for an entire blog post requires a lot of work and creativity....better just stick with being cowardly.  It's much better to be controversial in your comments on OTHER people's blogs.  Controversial comments can be nice and short.  You can totally disrupt the point of the blog with your mindless controversial drivel, and most times you can get away without having to present any proof to back up your moronic comments.  Usually blog comment sections aren't indexed for Google so you don't have to worry about an internet search revealing what a numb skull you are.  You can even comment anonymously!  How fun!  Which brings us to....

Selecting Your Topic:  The first thing you have to do is figure out a controversial topic that you want to comment on.  Yes, it has to be controversial!  You want your voice to stand out in the conversation.  Don't be afraid to be inappropriate and push people's buttons.  Remember what's at stake: If you can get their attention, you will be able to attract them back to your dull mindless blog where they can make an accurate assessment of your intelligence...or lack thereof.  Selecting the right topic is the first step in your goal to steal the audience of the blog you're commenting on.  Although there are lots of controversial topics to choose from, a good idea might be to make controversial comments about someone who's dead...ideally recently...preferably a celebrity.  Lot's of people will read a blog post about a recently departed celebrity.  Make sure you get your comments in early!  Think about it, dead people can't defend themselves, and the last thing you want is the celebrity to show up and take away your hard stolen earned attention.

Once you've figured out your topic, you now have to be very careful with your content.  The slightest mistake and the whole thing could blow up in your face.  It's a delicate balance...being inappropriate, but not outright hate-able.  I know you're not one for ideas, so I'll throw you a bone.  You could accuse Christopher Reeves of being an arrogant a**hole because he only raised millions of dollars for research into spinal chord injuries AFTER he himself became a quadriplegic.  You could make wise-cracks about Michael Jackson and little kids on blogs that are focusing on the loss of a great entertainer. (It'll look like you're taking the moral high road....Little do they know, HA!)  You could point out that it's ironic that Dom DeLuise likely died from the same fatty foods that he so famously cooked on TV.  On blogs commemorating the work of David Carradine, you could make rude comments regarding how his body was found.  The awful possibilities are endless!

Selecting Your Victim:  You've got your orders.  Your mission is clear.  Now you just have to define your enemy.  Let's face it, some people probably won't like what you're going to write, least of all the blogger who wrote the post you're commenting on.  There are a couple key factors to consider when choosing your commenting victim.  Ideally the person should be popular.  After all, if you're going to spend 5 minutes coming up with a controversial comment...you want all that hard work to pay off and as many people as possible to read what you have to say.  You crave attention, right?  RIGHT!  The more popular your victim, the more attention you'll get.

Secondly, you want to try and choose a timid blogger.  Perhaps someone who is new, or someone who is stupid, or ideally all three.  You'll get the most mileage out of all your hard work if your victim decides not to call you out on your comments.  A cowardly blogger never wants that, because a cowardly blogger never takes the time to research support for his ideas, er other people's ideas, er controversies....eh whatever (you know what I mean).  Find the right new, timid, stupid blogger to comment on and they'll let you spew your controversies all over their comment stream.  It's hard, but not impossible, to find someone who won't realize what you're full of, or know what to do with you.

Triage:  You've done the research and all the hard work, and 5 minutes after you started you've hit the mother-load.  You've found a totally new blogger who's incredibly popular and creative, and timid and stupid who's just unlucky enough to have written about a recently deceased celebrity.  You have your crass inappropriate comment all composed.  Go ahead!  Hit the submit button!

Uh, oh...there's a snag.  The blogger who wrote the post, or maybe even another reader has called you out on your comments.  They know you're a cowardly blogger, and they're not afraid to tell you and everyone else what you're full of.  Time for evasive maneuvers!  If you do everything just right and you're really, really lucky, you might just get out of there with your squeaky clean (though fake) reputation intact.  The first thing to do is change the subject, put the other person on the defensive.  You could try the old freedom of speech card.  You could even challenge their patriotism for trying to deny your freedom of speech!  (Be careful not to piss them off anymore than you already have.)  Or you could play the pity card, and accuse them of picking on poor little you, calling you names, slander, etc.  There's lots of things you could try, but if your victim isn't as timid and stupid as you thought they were, your reputation might be in trouble.  (Too bad thought isn't your strong suit.)

It's your opinion that matters!  Say what you mean and mean what you say!

Thanks Jason for pointing this out.  Don't be afraid to speak your mind.

Think first though.  Always count to 10 before you write something in anger...

Dan - Thanks for stopping by and for your comments!

Naoma - I'm glad you enjoyed it...I was a little worried some might not get all the sarcasm.

Jason - nice to read something well written and entertaining for a change.  Good post!  You never mentioned the lurkers though, lots of them in these parts.

John - I'm glad you enjoyed this post.  Thanks so much for commenting!  I guess lurkers are out there, but they don't bother me because they're reading and absorbing content and if we do our jobs as bloggers we might just convert our lurkers into customers.

Jason - there is a little bite to this post. LOL! Interesting content!  Never quite thought of it that way.  Thanks for throwing a little light on the subject. :)

Shiela - Thanks for stopping by and commenting!  You know they say writing is a good way to get rid of bundled frustration, lol.

Oooo, I'm afraid to comment, but I bet it felt good to get that out of your chest.  :)

Great post, Jason... very clever!  And some of your triage points must really work... things like changing the subject, playing the freedom of speech card, and challenging their patriotism.  Seems that several people in Washington are doing that with pretty good success right now!

Bill - I'm glad you enjoyed it!  The triage only works if we allow it to.  Thanks for stopping by and commenting! 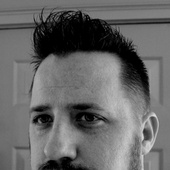