I got my first taste of small town politics up and personal when I attended my first Clarksville City Council meeting earlier this month.  I accompanied a friend (Gabe Segovia) to the meeting.  He had been on the council and will be running for Mayor in 2010.  I have been interested in local government since attending Leadership Clarksville in 2005.  I recently asked Gabe to take me to a meeting the next time he went.  When the City Budget came up on the agenda Gabe suggested it would be a good meeting to attend.  I was excited to go, especially with someone very knowledgeable about what goes on behind the scenes in local government.

As a citizen of Montgomery County and a property owner in Clarksville I enjoyed the privilege of sitting in the Council Chambers while local policy was being discussed and passed.  I wouldn't compare it to the awe feeling I experienced the first time I went to Wrigley Field to see the Cubs play.  However, I was proud to be in the audience and listened intently as our elected officials discussed the business of the city.  I highly recommend everyone attend his/her local council meetings on occasion.  The experience will give you a better prospective of who governs us.  In this meeting, I saw how our representatives are just like us.  They are average people with questions and concerns but different in that they have a fiduciary responsibility to the citizen of Clarksville.

The highlight of the evening for me was the discussion of the possible tax increase.  Unfortunately, the two gentlemen sitting next to me were texting and laughing during the discussion of the tax increase.  It was obvious they had been to several of these meetings and it was old hack to them.  I did my best to block them out as I admired how the council members tackled the budget.  I saw a couple of members propose cuts to the budget.  One honest council member proclaimed this was her first budget meeting and she needed clarity before she would proceed.  You have to admire that in your representative.  Another brave councilman was ready to question the 800 lb. gorilla but you could see the fear in the chambers eyes as it was brought up and the debate lost steam instantly.  Even the mayor himself had to question (memory lapse) his chief-of-staff as to the attendance of the CoS in a meeting leading up to the council meeting.  Yet, not one member of the council brought up a tax increase and they came together to pass a budget without a tax increase.

I left the meeting uplifted by what I experienced and pleasantly surprised about the lack of a tax increase.  I was prepared for a tax increase with the news reports the night before and what the cheif-financial-officer had suggested.  I guess I should have realized I was about to experience real small town politics.  You see I had just witnessed the first reading of the budget.  I was totally unaware the final reading could be amended and passed with one reading.  I should have asked Gabe.

Opening the local paper The Leaf Chronicle a week later I read the "The Council Raises Taxes 7 cents". 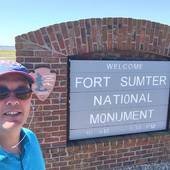 Playing it by ear for now.