About Tualatin Oregon
The City of Tualatin was incorporated in 1961 has grown into a progressive modern City. It is located about 10 miles southwest of
Portland, OR in Washington County. A preliminary 2008 estimates population of 47,150. Tualatin takes pride in being a family oriented community. City government and school leaders, neighborhood associations, citizen groups, and business owners work together to make Tualatin a wonderful community and "A Place to Call Home." A vibrant, mixed-use Urban Village is the vision of The Downtown Tualatin Improvement Plan. It is a long term blueprint that will guide development in Downtown Tualatin. A low tax rate lends to growth, for commercial and industrial business. The state's first commuter rail line opened February 2, 2008. Tri Met WES Commuter Rail provides weekday rush hour service between the cities of Beaverton, Tualatin, Tualatin and Wilsonville. 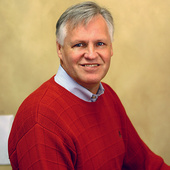 A Vancouver Wa based full time Realtor who will focus on your needs and wants by acting solely in your best interests when buying or selling Real Estate.