Mortgage rates eased slightly this week as the bond market was reassured by comments form Chinese officials who indicated they still had a taste for US Treasury debt and that the dollar would remain their primary foreign currency reserve. Thirty year mortgage rates settled to just below 5.50% to 5.375% as the yield on the ten year Treasury fell back to 3.5% after pushing 4% two weeks ago. Fifteen year mortgage rates were even more attractive with the no point coupon at 4.75%. With inflation in check and the stock market sputtering I don't see any significant upward pressure on rates in the short-run. There will be several economic reports over the next week that could create some daily volatilty as investors attempt to determine whether the economy is turning the corner or still stuck in a rut.
A report released on Tuesday showed that we may have finally reached the bottom of the housing market nationally. The S&P Case Shiller Index of home prices, though down 18.1% from the same month a year ago, showed only a .6% drop from March to April. This is nearly three quarters lower than the previous month's decline of 2.2%. The Case Shiller index has shown a monthly decline for every month since July of 2006. Yale Economist and co-creator of the index, Robert Shiller, called it, " a striking improvement in the rate of home price decline." The good news was tempered, however, by another report that showed more prime mortgage loans became delinquent in the latest quarter and a report on consumer confidence showed a surpirse dip. It will be interetsing to see in this week's report from the National Association of Realtors on pending home sales whether more evidence of a housing recovery can be seen. 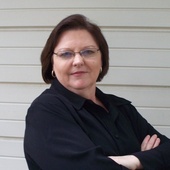