I have used a forwarding service for my E-mail for many years through POBox.com and found it to be very useful and practical. No matter where you are or what ISP you use your Email address stays the same. Also it has very sophisticated spam filtering that screens 99% of unwanted messages much like the Google Voice service does with unwanted calls.

If this service works as good as POBox does it will be well worthwhile to use. It will truly spoil you.

The new Google Voice was opened up to the public on July 15th.  Actually, the free service is not new but rather a make over and upgrade of Google's Grand Central.  Google Voice is a VoIP (voice over Internet protocol) service.  To put it in simpler terms, think of Vonage or MagicJack.  However, Google Voice is not a phone service, but a phone management service.

Now, before I go on any further, let me back up a bit and give you some history.  Google acquired Grand Central in 2007.  From what I understand, users were not real happy with the service or customer support.  Well, it seems that one of the reasons for this was that Google was working on the new version, which was released to Grand Central users in March of this year.  Google has been busy transitioning its Grand Central users over to the Google Voice system, which is why it was not opened to the public in March, when the system launched.

* The service is FREE.  There are no charges for any phone calls (local or long distance) or text messages made using Google Voice.
* Google Voice phone numbers are yours for life.  However, if you choose, you can change the phone number at a later date.
* You do not need to change your phone service provider.
* No installation, download of software or uploading is required.
* Although it is Internet-based, you do not have to use your computer to make or receive calls.
* Google Voice works with any phone, land-line or mobile and all phone service providers.
* The service is fully customized to the user's preferences.

* Google Voice gives users the ability to easily manage all of their phones, business or personal, using one Google phone number.  This means your client needs only one phone number to reach you, whether you are in the office, in the car or at home.
* Google Voice management includes phone routing.  You determine which of your phones a call will be directed to based on the caller.
* You can receive or make calls from your computer, land-line or mobile phone.
* You can record any phone call at any time during the call (beginning or middle).  Wow!  No more lost bits of paper or trying to write down a number while driving.  Just remember...you should always advise the other party when recording a call (it's the law).
* You can switch from your mobile phone to your land-line or from your computer to your mobile and no one will be the wiser.
* You can access your Google Voice account 24/7 using your mobile phone or your computer.
* Call Presentation mode: when a call is received, you have the option to accept it, accept it and record it, send it to voice mail or listen in as the voicemail is being recorded.  You also have the ability to opt-out of the Call Presentation mode.
* Unanswered calls are automatically sent to voice mail.
* You choose which number the other party sees when you place a call.  They can see your "normal" number or Google phone number.  It's all up to you.

* A centralized voice mail service which call be fully customized to your preferences.
* You determine the greeting each caller will receive.
* Voice mail notifications are sent via email or text message.
* Voice mail and text messages can be read and stored online for as long as you want.
* You can check your voice mails by using your phone or your computer.
* You can even listen to a voice mail while it is being recorded by the caller.
* Record a personal greeting.  Users have the option of recording several greetings, allowing a different greeting to be heard by different callers or a greeting to be heard by a particular group.
* Google Voice allows you to go one step further than the normal voice mail tags, such as delete, forward, etc.  You can also mark messages as SPAM.

* Call blocking
* Call waiting
* Call forwarding
* Conference calling
* If all this is not enough, according to the Google Voice website, there are even more features that are available to its users.

Now, just one more thing.  If you want to become a Google Voice user, I am afraid I have some disappointing news.  The service is available by invitation only.  This is due to the limited number of phone numbers Google must purchase for each area code, which they buy in blocks.

Don't despair, my little Chick-a-Dee.  I have a way for you to get your invitation right here - Your Google Voice Invitation.

Pamela Cendejas - Second Self Virtual Assistance: When There Isn't Enough of You to Go Around! 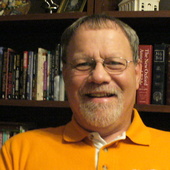