As a contractor I come across all kinds of things in homes that make me shake my head.  Recently I was called to fix a set of concrete steps that were chipping badly.  The previous owner, in an attempt to hide the aging steps, had patched the steps with an incorrect method and painted over the patch so that it would cover and blend in.  Not long after the new owner moved in the steps began to chip and crack, some were just loose concrete waiting to take an unexpected vistor for a fall.  It was obvious that the repair was just a quick "cover up" until the house was sold.  The cover worked in favor of the seller, unfortunately the buyer had to pay me to correct the problem.  I'm sure at the time the home inspector who inspected this home was unable to detect these faulty steps.  The steps revealed their true identity when the weather turned cold and they were unable to withstand freezing temperatures.  Freezing temperatures are the true test of any concrete or mortar situation.  Below is an after picture of the steps I didn't have my camera the day we demolished these steps so I don't have a before. Tags:
some sellers are trying to hide something

You did a nice Job on those steps!

Hi and welcome to Active Rain, agreat site to network, share, learn, and have fun. Good luck. And if you ever need an agent in the upstate of South Carolina, please call me.

If you would like a few tips on getting the most out of ActiveRain, just click search and type in "Welcome to Activerain by Troy Trumm". The first link returned will take you to my blog about getting started. It has a few simple steps of what to do now that you have joined.

Joe.....Welcome to ActiveRain.  This is a great community to network with others as well a great place to learn from other's experiences and knowledge.  I've enjoyed it; I hope you enjoy it as well. 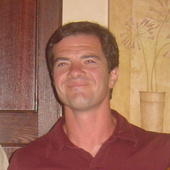