The Somerville neighborhood of Spring Hillis popular with Somerville real estate buyers who appreciate the varied architecture and the proximity to Porter Square and Cambridge.  Spring Hill provides beautiful views of Cambridge and Boston.

Once the site of orchards and farms, Spring Hill, like much of Somerville in the early to mid-1800s, was a country retreat of sorts for Bostonians who were able to purchase less expensive house lots than were available in the city. Development was spurred by the by the extension of nearby rail, horse-car, and electric streetcar lines.

Most development took place in the neighborhood between the 1840s and early 1900s.  Spring Hill has a fine selection of Greek Revival houses and Victorians including Italianates, Gothic Revivals, Queen Annes, and Second Empire Mansards.  Large houses were built in the neighborhood as well as smaller workers' houses and attached houses.  In the early 1900s triple-deckers filled in the remaining land.

Opposite the Carr School is the Enoch Robinson Round House a local landmark that is at long last being restored by its new owner. In the last two years:

Single family homes in Spring Hill sold between $290,000 and $970,000. The most expensive sale was for a newly consructed house.

Condos on Spring Hill sold between $218,000 and $733,750. The least expensive condo was in a 1960s converted apartment building. The most expensive Spring Hill condo was a newly renovated condo in a grand Victorian.

Elizabeth Bolton is a real estate agent in Cambridge at Coldwell Banker on Huron Avenue. She works with real estate buyers and sellers in Somerville, Cambridge, Arlington, Belmont, Medford, Watertown and nearby communities.  Contact Liz at 617-504-1737 for more information about Spring Hill, Somerville neighborhoods, and Somerville real estate.

Liz, how wonderful! I love your local posts, you do have an extraordinary location to post about though. Actually, many of them!

I don't know about you, but 4 down 3 to go and I am beat! I am looking forward to your next treasure.

Hi Andrea!  No kidding, huh?!  I had my mother go out with me to take photos but I'm almost tapped out - and now it's finally hot and humid - ugh - I just want to stay at my air conditioned office.  But it's a really big carrot!!  We can do it! 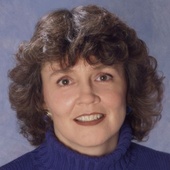