Today I visited a nice gentleman in Norman, OK for the purpose of looking at his home for a market value.  It was appraised 2 years ago for $60,000 by an appraiser that I know to be a decent appraiser (or at least I think so) and the lender was Chase.  The appraisal was in order along with plenty of photos of the home.  Photos showing the home to be in a state of disrepair and various stages of deferred maintenance.  Yes, photos of all of the above.

So here I am looking at the home like I normally would making notes, thinking to myself and making numbers click in my head just like this was any normal property.  But it really isn't a "normal" property.  The rooms that were added on look like they were done by the neighborhood buddies working for beer & ribs.  Cars laying around (among other things while the adjoining homes were modest dwellings, probably mostly rentals being in a college town (OU/Oklahoma University) but still very decent.  Walls moved, closets made, low ceilings, high ceilings and all kinds of other things.

So, was this home worth $60K in 2007?  The appraiser said it was, the market said it was and the lender said it was because the deal was done.  So here we are in 2009.  The home has obviously deteriorated since then.   The owner is a very nice person and quite content with his home, and that is OK.  My concern of course is the home may be worth less that what it was in 2007, which really shouldn't surprise anyone but the owner.  I cannot help but wonder what went through the appraisers mind as he appraised this home in 2007.  If you were to look at the photos, you would probably think the home was an REO or possibly abandoned.

I know what you're thinking.  This is nothing compared to those who have seen their homes drop 100's of thousands of dollars in that same period and this is certainly nothing new.  I would imagine this is all this man has in the world.  The one bright spot?  He only borrowed/refi'd about half of that amount so while there is hope, I still can't help but wonder what if?

Thanks as always for reading.

Chuck:  There are so many owners out there with worthless appraisals from the past 2-4 years or so and then of course we look like the bad guy.  They should be mad at everyone BUT us.  Most of us tried to warn people not to do the things they were doing because we know what would happen.

And now we have the HVCC with appraisals going to low bidders who may not even know our area.

Sam:  One of the many scary parts of the new HVCC rules.

Russell, welcome to page one of Oklahoma Active Rain and keep blogging good post like this. My guess is that you will be featured soon. Hope to see your name in lights. Keep up the good work.

Joe:  I am loving being a part of AR and sharing with other RE professionals like yourself.  I appreciate your comments and welcome them anytime!

So glad to see another Oklahoman on AR.    I followed you here from a comment that you made on another post.  Read through a couple of posts.  Well written, looking forward to reading your blog.

I'm sending you an email about a new group for Oklahoma. Hope to see you there.

Joe - I'm sending you an email also about the new group.

Email on Active Rain has had some problems lately so if you don't get it, please let me know. 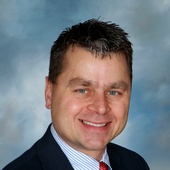 ActiveRain Community over 10 years ago
bookmark_borderbookmark
It's that time of year, isn't it? Tornado season ...
View more Recent Posts   arrow_forwards