Monument, Colorado offers a variety of options for you and your family or friend to do. Some are as simple as taking a walk, some are going to require a little bit of driving to get there.

Here's my take on 10 of the top things to do while you are in Monument, CO.

1. Garden of the Gods  Official Website
The striking orangish-pinkish red sandstone formations give the park it's striking beauty.

Garden of the Gods is county park! It's one of the biggest, and arguably the most interesting county parks in the U.S. It offers hiking, biking and climbing. And if you hate to get out of the car, although, I can't imagine why you wouldn't, you can simply drive through.

And don't for get to stop by the Visitor Center to learn more about the beautiful red rocks and their formation, but also to enjoy a great lunch in an fantastic outdoor setting.

History Behind the Park

There is evidence of people in the park dating back over 3,000 years. The park acquired it's name, it is said, because the early railroaders thought it would make a great beer garden, fit for the Gods. From there, it logically mutated to Garden of the Gods.

General William Jackson Palmer founded Colorado Springs in the 1870's. He purchased 280 acres in Garden of the Gods for his summer home. He died before he could will the land to the county, but his children, knowing their father's wished, turned the property over to the county with the stipulation, "where it shall remain free to the public, where no intoxicating liquors shall be manufactured, sold, or dispensed, where no building or structure shall be erected except those necessary to properly care for, protect, and maintain the area as a public park."

Garden of the Gods has two distinct ecosystems. The Plains zone, which is cool desert at an elevation of 3,500 to 6,000 feet, and the Foothills-Transition zone that extends from 6,000 to 8,000 feet. The Plains zone typically as prairie grassland and cottowood and willow trees supported by an underground water system. The Foothills-Transistion zone consists of pinyon, junipers, mountain shrubs and ponderosa pine trees. This zone is more drought tollerant, making it easier for the vegetation to survive the summer, when most of the rains come quickly and heavily and just run off.

The rock holes in the face of the sandstone formations offer shelter for a variety of animals. Common are the white-throated swifts, which are probably the most spectacular, swallows, falcons, pigeons, wood rats, and bats can also be found lodging in the rocks.

If you are in the Monument area, you just can't miss this great park!

Tomorrow: The second great thing to do while you are in Monument! Tags:
colorado
things to do
garden of the gods
monument

Hi Marianne, what a fantastic write up on the Garden of the Gods, I have been there before, but could go again as there are so many places to explore there.  This is a great idea for a series post - looking forward to your next one!

Hey Mary, how sweet of you to say. I spent some time last night going thru the blog postings of a top blogger. I was actually looking for a post that I'd lost. But, in doing so, I got tons of ideas for posts. So, when I woke this morning, I had a sweet little list pop into my noggin for a series of posts.

Have you been participating in the 7 days, 1000 points per day, challenge? I came late to that party, but have put up posting for Monument the last three days. It's been fun.

Marianne, I didn't participate , I think I found out about it late!  BUT  I have learned a lot from reading those posts, it's a good recipe for SEO, that I can use in the future.

I can tell this is going to be an EXCELLENT series, Marianne! Great idea! You are so right about the Visitor Center at GOG, it is very informative, and has a few cool exhibits...I love the history of how it has stayed free, and I forget the details, but the story about the last little beer hall, and a donkey?

I, too, Mary, found out about it late. You know, I didn't realize that there's an AR Newsletter. I finally started subscribing to it this week. I wonder if it was in that. But, I did get 3 days worth of points, totally 3,000. I recently slipped out of #1 featured in my market and was on a quest to regain that position...I sure could have used the other 4,000 points...it would have put me on the "front" page for CO. LOL I know, I know, it's not about the points, but the relationships. (Ok, both!)

Oh, Cheryl, I don't know that story! And it's been a while since I've been out there...I'd like to put it on the agenda for this weekend. Maybe then I'll hear the story. 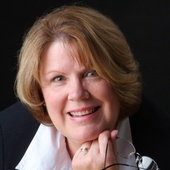